Legacies can be complicated matters when it comes to historical figures.

That point was driven home during the past year when the University of Arkansas at Fayetteville had a spirited debate about honoring one of its most prestigious alumni: J. William Fulbright. Fulbright graduated from the university in 1925 and was a professor for several years before serving as its president from 1939-41.

He then went on to a long, storied political career. He served as chairman of the Senate Committee on Foreign Relations from 1959-74, created the Fulbright Program for scholarship and cultural exchange and was among the first national politicians to oppose Sen. Joe McCarthy and later the Vietnam War.

Fulbright, who died in 1995, was also considered by many to be a racist who opposed civil rights legislation. His defense of racial segregation, actively or passively, sparked an effort to remove his statue from the UA campus and his name from the university’s College of Arts & Sciences.

A university committee recommended the removal of the statue (by a 15-1 vote) and his name from the college (by a 11-5 vote). The University of Arkansas System’s board of trustees elected to keep both the name of the college and the statue, in part because of a state law preventing the removal of historical monuments without state approval.

System President Donald Bobbitt proposed that Fulbright’s statue, prominently located in front of Old Main in the center of campus, include “a contextualization to the statue that affirms the university’s commitment to racial equality and acknowledges Sen. Fulbright’s complex legacy, including his record on international affairs, civil rights legislation, and racial integration.” 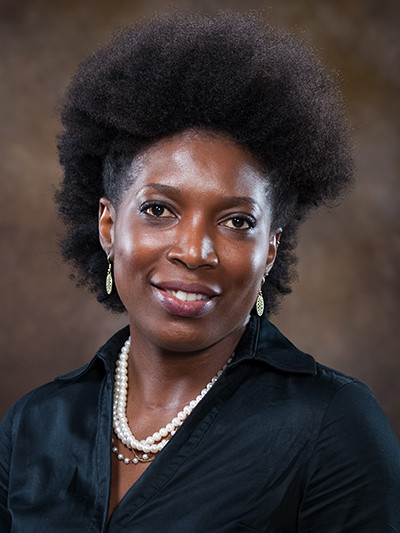 UA Associate Professor Caree Banton, who served on the committee, said the state’s flagship university is sending a poor message by keeping the Fulbright statue and name, and the university should reevaluate why only 4.4% of its students are Black when almost 16% of Arkansas’ residents are Black.

“Any institution that claims to have substance, those kinds of symbolic gestures can’t be the only thing that happens.”

Professor Randall Woods was dean of the Fulbright College when the statue was dedicated in 2002. He is also the author of “Fulbright: A Biography,” which was published in 1995 and nominated for a Pulitzer Prize.

“I don’t care about the statue and I was dean when we acquired the damn thing,” Woods said. “The important thing for me was keeping the name on the college. I didn’t want to lose that identification with all the good things that Fulbright did, particularly the exchange program.”

Woods made it clear in discussing Fulbright that he wasn’t turning a blind eye to Fulbright’s racial failings. He said Fulbright was well educated — he earned a postgraduate degree from Oxford — and was progressive on many issues, just not when it came to race.

“[H]is voting record was strictly segregationist,” said Woods, who said Fulbright’s racism was a product of his generation.

“It is hard to defend someone who denies their fellow citizens the right to vote, I don’t care what color they are.”

One of the major blots on Fulbright’s record is his signing of the Southern Manifesto in 1956, a congressional document written in response to the U.S. Supreme Court’s ruling in Brown v. Board of Education that segregation in public schools was unconstitutional. Fulbright also voted against the Civil Rights Act of 1964, the Voting Rights Act of 1965 and the Fair Housing Act of 1968.

UA Professor Michael Pierce, who was a member of the Fulbright review committee, said Fulbright’s international legacy will stand the test of time through his quest for peace and the Fulbright Program, which Pierce called “fundamentally fabulous.” His racial stance does not hold up.

Fulbright’s defenders say that the senator had no choice but to defend segregation or he would have been voted out of office.

Pierce said that may have been true, and probably was, in the 1940s, but by the 1960s, attitudes were changing and Fulbright still voted repeatedly against civil rights legislation.

“There was no political necessity; there has to be another reason,” Pierce said. “He was, you know, racist. Fulbright was a different type of racist. He was a patrician racist.”

Pierce and Banton voted to take down the statue and rename the college. Banton laughed at the idea that Fulbright was less of a racist than some of his peers.

“What’s a good racist?” Banton said. “He was a racist, and that was a part of his life. It may not have been his whole life.”

Lee Riley Powell doesn’t think Fulbright should be called a racist, but said he had a “studied insensitivity” to the issue.

Powell wrote “J. William Fulbright and His Time: A Political Biography” in 1996. His father, James, was the longtime editorial page editor of the Arkansas Gazette and a friend of Fulbright, whose mother, Roberta, owned the Northwest Arkansas Times.

“We want to be fair and not go overboard: He was not a racist,” Powell said. “Most of us who have been sharply critical of him on civil rights, a lot of the reason we were so sharply critical was because we knew he was not a racist. We knew he knew better than a Homer Adkins or a Justice Jim Johnson, and yet most of his career is a string of very disappointing efforts to cave in to the right wing on civil rights issues.

“It would be simplistic to say he was a racist. I debated these issues with him for 20 years and never saw the slightest evidence of any racism or hostility toward Black people.”

Powell made a point to not defend Fulbright’s voting record, which he called “fundamentally deeply disappointing,” but wanted to make sure Fulbright wasn’t lumped in with people Powell called deeply racist such as Adkins, who served as governor before losing to Fulbright in the 1944 Senate race. He said Fulbright did have some votes to his credit, like approving Thurgood Marshall as the first Black U.S. Supreme Court justice and voting for the extension of the Voting Rights Act in 1970.

“I pressed him real hard on that once and he got exasperated and said, ‘You can speculate on that, but I had no desire for martyrdom.’ That encapsulates his attitude about it.”

There seem to be few things that historians care less about than statues. They can be interesting snapshots of a historical event or person, but they don’t provide context or nuance.

“To me, statues have nothing to do with history,” said Ben Johnson, an Arkansas historian and retired Southern Arkansas University professor. “They are interesting as historical artifacts but in terms of understanding Fulbright, a statue is there for other purposes.

“Whether the statue stays or comes down, Fulbright is still a historical figure. Statues, I don’t care about.”

Woods said it “breaks my heart” that the statue and naming controversy made it an either-or decision on Fulbright. He was a political giant in Arkansas, in both good and awful ways, ways that a statue can never convey.

Powell said that since the university will keep the statue at Old Main, then it should put up a large plaque next to it explaining the university’s opposition to Fulbright’s civil rights record.

“And then put it in a museum, not standing out there in the center of campus,” Powell said.

Banton said it was “blatant dishonesty” for the university to promote Fulbright’s foreign affairs and educational accomplishments while keeping his racism under a “shroud.”

“There are students here who have never heard about Fulbright or his political record with civil rights or his involvement with segregation,” Banton said. “You have to ask why that is? How is it that we know so much about his involvement with world peace and why don’t we know as much about what he did locally? Is his international reputation being used to overshadow the mayhem he wreaked on his fellow Americans here?”

Editor’s Note: This is the latest in a series of business history features. To suggest Fifth Monday subjects, email Lance Turner.