There’s a chicken in the road ahead for electric vehicle charging.

An egg too, according to Jennah Denney of Today’s Power Inc.

Before gas-station owners invest hundreds of thousands of dollars in charging stations, they need to know there are enough electric cars to make it pay off. But before car buyers pick an electric vehicle, they want to be sure they’ll find enough places to recharge.

“That creates a chicken-and-egg situation where drivers and EV proponents say we need more chargers to relieve range anxiety or to ensure I can make a trip across state lines, and then you have businesses or cities that say, ‘I don’t know if we have enough EVs yet’ ... to build out that infrastructure,” said Denney, marketing and PR coordinator for the North Little Rock solar and advanced energy installer.

“If you think about the cost of $100,000-$150,000 per charging station, it’s really not economic today, even if you’re using someone else’s money,” said Clyde, who has led the El Dorado fuel and convenience chain since it spun off from Murphy Oil Corp. in 2013.

Arkansas has 1,797 registered electric vehicles and 21,377 hybrids, according to the Arkansas Department of Finance & Administration. About 4.1 million total vehicles are registered.

Steve Ferren, executive vice president of the Arkansas Oil Marketers Association of Little Rock, said the topic was “very much on our radar, and the question is timing.” The question, he said, is when will there be enough market to make charger installation worthwhile?

Tesla owners are probably going to spend around $2,000 to install a charger in their home, which would cover drives around town, said Ferren, whose association represents petroleum wholesalers, convenience store operators and truck stop operators. “I’m really only going to need the charger if I go from here to Dallas … or Tulsa.”

Programs exist to help fund some of the costs of charging stations, and in January, the Arkansas Department of Energy & Environment, which is part of the Division of Environmental Quality, announced two initiatives to bring more charging infrastructure to the state. They are funded with more than $2 million from the Volkswagen Mitigation Trust Fund to help provide more than 200 charging stations in Arkansas, according to a department news release.

And so far, the fund has funded 38 charging stations, said Becky Keogh, cabinet secretary of the Arkansas Department of Energy & Environment. And it’s processing four or five more applications.

The funding has gone to cities and businesses across the state.

One of the reasons for the program is to modernize Arkansas and keep it competitive, Keogh said. “The other driver is economic development and advancing technology, which we believe strengthens the sustainability and quality of life in Arkansas,” she said.

President Joe Biden has made a push to have more electric vehicles and charging stations. His plan includes investing $15 billion to build a national network of 500,000 charging stations. There are more than 100,000 stations now. Meanwhile, other gas-station owners are pushing ahead.

The convenience store chain 7–Eleven Inc. announced in June that it would build at least 500 direct current fast-charging ports at 250 U.S. and Canada locations by the end of 2022.

The chain, based in Irving, Texas, has 22 charging stations in 14 stores in four states, according to a news release.

“7–Eleven’s rapid expansion of EV charging ports across the country is good for our customers and our planet and it’s the right thing to do,” 7–Eleven President and CEO Joe DePinto said in a news release.

Ferren, of the Arkansas Oil Marketers Association, said a better place for the high-speed chargers might be a restaurant or shopping center.

“If I’m a consumer, I’ve gotten used to that seven or eight minutes fill-up at my local gas station,” he said. It could take up to 20-30 minutes to charge an electric vehicle with the fastest charging station.

There are three types of charging stations. The direct current fast chargers are the fastest available and could charge a battery in about 30 minutes. But those cost about $100,000 to install, said David Keith, CEO of Mobilyze.ai of Cambridge, Massachusetts, which supports widespread adoption of electric vehicles and provides research on the EV charging infrastructure.

The level two chargers provide about 20 miles for an hour charge and cost around $5,000 to $15,000 to install. The level three chargers, which is the kind that a Tesla owner would install in his home, are similar to a wall outlet and give a charge of about 3 miles an hour. Those cost about $2,000.

Murphy USA’s Clyde said most of the battery electric vehicles on the road are luxury cars. “And that really isn’t the consumer segment Murphy USA serves today,” he said. “Fifty percent of our trips are people going to or from a trip to Walmart.” 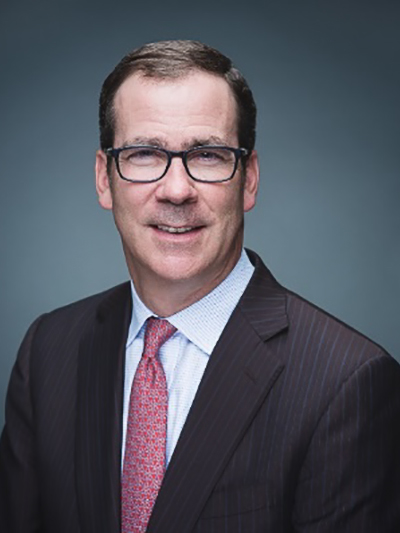 In December, Murphy announced the acquisition of QuickChek Corp. of Whitehouse Station, New Jersey, for $645 million. QuickCheck had several charging stations in New Jersey. Clyde said Murphy has not seen a lot of customers using them.

“We’re serving a more value-oriented customer even in that market as well,” he said. “While electric vehicles are becoming less expensive, they’re still not affordable to the vast majority of people. For the most part, they’re still very much a luxury car.”

But travelers are asking for electric vehicle charging stations at hotels in Eureka Springs, said Jack Moyer, executive vice president and general manager of the 1886 Crescent Hotel & Spa and the 1905 Basin Park Hotel in Eureka Springs.

He said there weren’t a lot of charging stations in the tourist city of about 2,000.

The hotels, which have a total of 135 rooms, installed a pair of level two charging stations with two outlets each. The hotels tapped the Volkswagen Mitigation fund through the Department of Energy & Environment to help pay for the stations, which cost more than $12,000 each. The hotels received about $14,000 in rebates from the fund.

“Without that fund, there’d be no installations,” Moyer said.

Rock Region Metro of North Little Rock announced in June that it had received a $4.9 million Federal Transit Administration grant to buy up to five 40-foot battery electric buses and charging infrastructure.

The buses, made by Proterra Inc. of Burlingame, California, have a range of 345 miles.

Proterra’s buses will help the central Arkansas transit system meet its goal of phasing out diesel-fueled buses by the end of 2025, or sooner. It has more than 50 buses, 31 of which use compressed natural gas. By the end of 2022 it expects to have eight more compressed natural gas buses and four or five electric buses, said Becca Green, director of public engagement for Rock Region Metro.

The difference between the four or five buses will depend on the cost of the charging infrastructure. She said those details are being worked out now.

“Using transit takes more vehicles off the roads, and Metro is making that practice even more sustainable by moving away from diesel-fueled vehicles, first by converting the existing fleet to compressed natural gas vehicles, which burn cleaner than diesel-fueled vehicles, and now by implementing the Natural State’s first battery-electric public transit buses in the state,” Rock Region Metro CEO Charles Frazier said in an email to Arkansas Business.

And last month, the Arkansas Parks, Recreation & Travel Commission approved adding a charging station at DeGray Lake Resort State Park, said Melissa Whitfield, chief of communications for the Arkansas Department of Parks, Heritage & Tourism. “It will be our first location, and the plan is to expand to other lodge parks first, and then parks with cabins,” she said.

A timeline wasn’t available for when the station will be installed.

Denney, of Today’s Power, said she thinks once people are familiar with charging stations — and there are enough of them — drivers will switch to electric vehicles. “It took a while for people to ditch the horse and carriage and pick up the Model T,” she said.

But once the roads were built and the price of the cars dropped, more people bought cars. And the same should happen with electric vehicles, she said.

“It’s the ‘build it and they will come’ ideology,” Denney said.