Trade war repercussions with China and Trump administration spending to keep farmers solvent in a commodities price crash propelled federal farm subsidy payments in Arkansas to a record $828 million in 2019.

Payments to farms hurt by former President Donald Trump’s unilateral tariffs and Chinese retaliation ballooned in 2018 and 2019 and will be trending down, say industry experts like Mark Lambert, the Arkansas Farm Bureau’s director of commodity activities and economics.

Big 2018 and 2019 numbers, along with aid not yet computed for 2020, include disaster and COVID relief payments, as well as Market Facilitation Program funds to help producers who lost major export markets in the trade skirmish.

“Take all that away and you’re down to subsidy totals similar to what you saw in 2018,” Lambert said.

After Delta Peanut of Jonesboro at $2.8 million and 3m Planting Co. of Osceola at $2 million, Deline Farms North appears at No. 5 on the subsidies list at $1.9 million. “These kinds of numbers aren’t unique to Arkansas,” said Andrew Grobmyer, executive vice president of the Agricultural Council of Arkansas, a trade group that represents row crop producers. “A depressed commodity market that worsened dramatically in the late 2010s and continued through the pandemic has now rebounded to a point where these payments are likely to shrink substantially in coming years.”

Grobmyer, who thanked Arkansas’ congressional delegation for spurring the USDA to come to the rescue, noted that the 2014 farm bill ended direct payments aiding farmers regardless of economic hardships, and that much of the money flowing to farms recently is from supplemental spending enacted to meet various crises confronting farmers and the nation as a whole.

Nowadays, Grobmyer said, commodity subsidy programs are more risk-based and defensible to a general public that often doesn’t appreciate the role farms play in the country’s food security. “Costs to taxpayers will plummet if these current stronger market conditions hold, and we certainly hope they will,” Grobmyer said, adding that Congress should consider a permanent pot of ad hoc money have ready for emergencies.

“No farmer wishes to take a commodity program payment,” said Lambert, the Farm Bureau economist. “They want a good market price to reward their work.”

But when a crisis strikes, the payments help keep the food supply stable by keeping producers on the farm instead of pushing them out of business forever, Lambert said. “Only very low commodity prices trigger these programs, and farmers have to have them to keep profitability and pay their loans back. Remember, farmers buy everything retail and sell everything wholesale.” 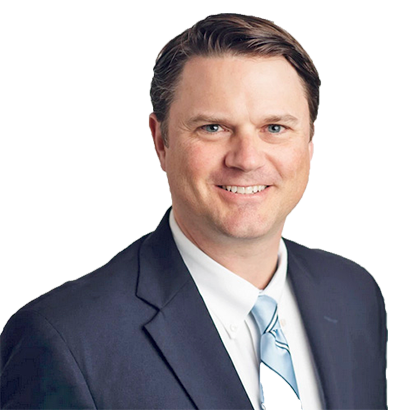 “Costs to taxpayers will plummet if these current stronger market conditions hold, and we certainly hope they will.”

Agricultural lenders are taking some of the spotlight away from the farms they lend to after a change in how the USDA reports subsidies. Starting in 2019, the department began identifying subsidy recipients rather than applicants, including the banks and lending institutions that directly receive subsidy payments under the terms of their farm loans. Watchdog groups have denounced the change, saying it obscures transparency and skirts taxpayer scrutiny.

Arkansas Business created a separate list of lenders who received direct subsidy payments for farms in the state, but there was no way to determine which farms were affiliated with those payments. AgHeritage Farm Credit Services of Little Rock topped the list with $31.1 million in 2019 subsidy payments, followed by Farm Credit Midsouth-PCA of Barton at $21.6 million and Agrifund LLC of Lubbock, Texas, at $19.3 million. Farmers & Merchants Bank of Stuttgart and Southern Bancorp Bank of Arkadelphia rounded out the top five at $15.5 million and $13.8 million.