One of the projects is the 200-acre mixed-use Greensborough Village development on the northern edge of the Arkansas State University campus.

It is owned by Greensborough Investments LLC and is being developed by Halsey Thrasher Harpole Real Estate Group of Jonesboro.

The other big project is a retail development called The Uptown. On the site of the long-demolished Indian Mall, it includes the former Sears building and has attracted former tenants of the still tornado-ravaged The Mall at Turtle Creek about a mile to the east.

About $15 million to $20 million of the “hundreds of millions of dollars” expected to be invested in the Greensborough project has been spent so far, according to Gary Harpole, managing partner and development director at Halsey Thrasher Harpole.

“Jonesboro is a location that the region comes to in terms of, you know, restaurants, retail, health care, shopping, entertainment, those kinds of things. And, consequently, we’ve had this really good steady growth of commercial activity for a number of years,” said Mark Young, president and CEO of the Jonesboro Regional Chamber of Commerce.

“Jonesboro has continued to be a location that, thankfully, people invest in,” Young said.

He also attributes that to job growth, Craighead County coming in third in the state in population growth (15.3%) in the 2020 census, and the city’s holistic approach to economic development that has delivered “a diversified economic base.”

The city’s flourishing commercial real estate development “illustrates just a continued positive investment in the community, and we’re excited to continue to see the growth and look forward to a very bright future as well,” Young said.

Brown attributes some of The Uptown’s success to its convenience serving displaced Turtle Creek tenants.

Both he and Young said little progress had been made in repairs to Turtle Creek, which was struck by an EF-5 tornado in March 2020, mere weeks after the state reported its first COVID-19 case. The mall’s website reported last week that 36 of its 44 tenants were still closed. Notable exceptions are the Dillard’s, JCPenney and Target stores there. 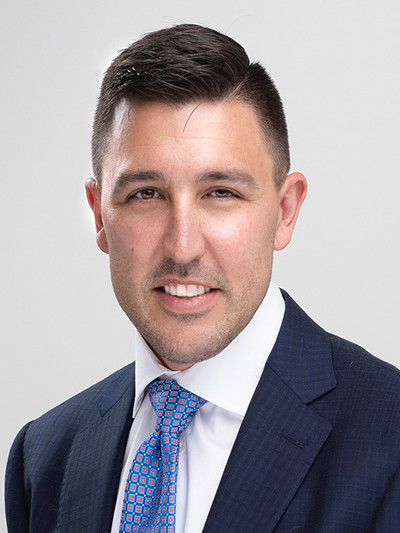 In addition, Brown said, The Uptown is at the “top intersection in the market” and was already home to what he called top area businesses: anchor tenant Kroger, Tommy’s Carwash and Texas Roadhouse.

New tenants Gamble Home Furnishings, Gearhead Outfitters, Chipotle, a Buckle store and an Elite Eyecare & Optical clinic are slated to open by the end of the year and possibly by the holiday shopping season. Gamble and Gearhead together own the 82,000-SF Sears building they will open in.

“We took our ‘shop local’ people, and we put them in the best national retail spot in the city. So we kind of married up the national retail location with our local businesses,” Brown said. “That’s meaningful for Jonesboro. … It’s just a really cool project. It’s not a normal project. It’s got a lot of landscaping and open air stuff that we don’t have in northeast Arkansas.”

The Landing at Greensborough Village apartments are open, and Malco Theatres has opened its Jonesboro Studio Cinema in the Greensborough development.

Harpole said a 12,000-SF restaurant-entertainment space called The Social is expected to open this month.

Also under construction or contract are University Lofts; a Shadrachs Coffee; a First Community Bank location; a seniors-only, four-story residential building with commercial space on the first floor; a restaurant; a technology office; and another financial institution’s location, he said. The firm plans to start building single-family homes in 2022.

Though the project started more than five years ago, Harpole said it had seen a lot of momentum recently due the presence of the Landing residents and the firm clearing 120 acres and installing infrastructure.

Nevertheless, he estimated that the firm was still three years away from completing the commercial work and five years from completing the residential work there. Eventually, about 8,000 people will live and work in Greensborough Village, Harpole said.

Haag Brown’s other big project is its 20-acre The Reserve at NEA expansion of the NEA Baptist Memorial Hospital campus set to be finished in two to three years. The project represents an estimated investment of $40 million to $50 million, Brown said. It includes a building for pediatricians and dermatologists that opened in August, two other under-construction medical buildings, a pavilion, water features and walking trails.

Halsey Thrasher Harpole’s other big project is a mixed-use redevelopment from Aggie Road in front of A-State through the historic West End neighborhood downtown.

About $10 million has been invested and an additional estimated $5 million to $10 million will be invested, Harpole said. The project involves a food court set to open this fall, single-family homes, condos and a food truck-entertainment complex called Huntington Station.