Sarah Lane has been in the Arkansas banking industry for more than two decades, and she remembers those early years when she was often the only woman in the room.


She doesn’t have to worry about that any more as an executive with Citizens Bank in Batesville. Lane, the bank’s chief retail officer, is one of five women in executive leadership positions at the bank, representing 55% of the executive branch at the $1.2-billion asset bank.

Lane clarified that different meant not the traditional white male that has led the banking world for so long. Definitive statistics about the demographics of community banks are difficult to come by, but a 2018 study by the American Bankers Association estimated that just 28% of senior leadership positions in the finance industry were held by women.

Citizens Bank’s focus on becoming progressive is more than just structural. The bank has a new mission statement, “People First,” and it has renamed many of its positions: a bank teller is now a “personal banker,” and the bank’s human resources director now has the title of chief people officer.

Adam Mitchell became CEO of Citizens Bank in April. He said the bank’s rebranding and restructuring is not just window dressing; he wants the bank to have a cultural identity that empowers its employees.

“Anytime you have a vision and direction in what the bank needs to look like not in 12 months but in five years, you have to make those very deliberate decisions to get the right people on the bus,” said Mitchell, who joined Citizens Bank in 2018 as chief lending officer. “Today’s bank and next year’s bank are going to look totally different. What we look for is we look for balance. To be a progressive bank, you have to be a balanced bank and that means more females and more diversity in our management structure.”

Mitchell said when he started in banking 20-plus years ago, bank executives were men who came up through the lending division. His goal is to build diverse depth across all departments; Citizens Bank has women in mid-management positions in lending such as city president roles.

“That is on our radar to make sure we’re doing plenty of diversity in that,” Mitchell said. “We’re not pigeon-holing ourselves to the traditional model. We do have room to improve.”


Natalie Bartholomew acknowledged that metric comparisons are nearly impossible when it comes to the progress of women in banking.


“If you find them, let me know,” Bartholomew said laughing. “There is not a lot of data specifically geared toward women in banking compared to male counterparts.”

Bartholomew, the chief impact officer at Citizens Bank of Edmond, Oklahoma, is an Arkansas banking veteran and started the Girl Banker blog in 2017 as a platform to address and support women’s issues in the industry. She said she speaks at many banking conferences — fewer in person since the COVID-19 pandemic — and has been heartened by the increase in female participation and attendance.

“I would say there is definite improvement, and not just in the state of Arkansas but in the country as a whole the last four or five years” Bartholomew said. “There is definitely an importance in providing these opportunities to women. The banks that are sending women there see it as important. There are more conversations about women having a seat at the table both from a board position and from an executive position.

“It’s not so much checking the box, ‘Yes, we have X amount of women and X amount of people of color.’ It is making sure that these community banks’ staffs and executive teams and board of directors are reflecting the communities they serve. That is where it matters the most.”

Both Bartholomew and Lane said the banking industry must continue the progress it has made with women and needs to do much more to increase minority representation. One of the trials Lane faced as a young banker was the lack of female mentors and role models.

Lane, who started in banking as a part-time teller while studying at the University of Arkansas in Little Rock, said she was fortunate to have some men tutor her in the industry. Lane said women who have advanced to leadership roles, whether executive or senior management or mid-level management, have a responsibility to mentor the next generation of women bankers.

“It is our jobs as leaders to create an environment that is open and welcoming, and asking them their thoughts and opinions,” Lane said. “It is hard to have that voice when you are the one person in the room. As a young banker, I didn’t have a female mentor. It’s my responsibility to pay that forward and be a mentor for other young women out there.

“I was craving that and didn’t have that. That is how you bring people up.”

Bartholomew grew up in a family of bankers and knew she was going into the profession since she was a little girl on her family farm in Prairie Grove. For many women, banking is almost an accidental professional choice. 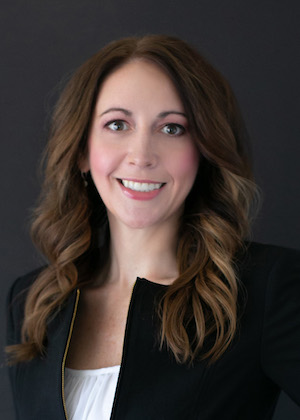 Lorrie Trogden, the CEO of the Arkansas Bankers Association, said her organization provides resources for community banks on how to increase diversity, equality and inclusion initiatives. She said bankers almost universally agree on the importance of DEI not just because research shows that diverse banks do better financially but because it is the right thing to do.

Trogden said the association has an annual women in banking conference and attendance has swelled in past years because banking leaders understand the importance.

“Bankers want to do the right thing,” Trogden said. “They want their banks to reflect their community, and that means DEI. When you reflect your community you’re reaching everyone.

“We really are progressing. Banks feel it is important to get women into leadership roles. I’m very proud of how progressive our banks are trying to be.”

But the hardest work is at the entry stage. Bartholomew said she attends career fairs at high schools and colleges and joked that young women look at her like she has two heads when she promotes banking as a profession.

“It is up to us as women bankers to start planting those seeds to young women about these opportunities,” Bartholomew said. “That narrative has to be changed. We have to do some grassroots work.”

Mitchell said Citizens Bank’s progessive stance is from the bottom up and not top down so while the executive branch is easy to notice, he wants the bank to work hard at bringing in employees with potential to advance at starting positions. The executives of tomorrow may be the tellers, or personal bankers, of today.

“A lot of banks have done it really well,” said Lane, the former part-time bank teller. “There are still a lot of banks that need some work. I think we are moving in the right direction, and we are well on that path. We are not going to go backwards. That is promising.”