System President Donald Bobbitt said a search committee will be formed in the coming weeks to find her successor.

Under Ellibee, who became of head of the two-year college in 2012, Pulaski Tech raised admission standards, which reduced enrollment but resulted in higher graduation rates. The move also helped reduce the college's student loan default rate, which was nearly 29% when she took over.

The slimmed-down, higher-achieving school joined the University of Arkansas System in 2017, which gave students more internship opportunities and more options to transfer to programs at four-year universities in the system. It also improved the college's infrastructure.

“It has been a distinct privilege to work with my UA-PTC friends and colleagues for the past 10 years,” Ellibee said in a news release. “This honor has always been about collaborating and achieving for our students, supporting faculty and staff with their significant work, and ensuring the greater good of UA-PTC here in Arkansas.”

Ellibee, a Wisconsin native, is the fourth person to lead the institution since it became a college in 1992.

Ellibee faced criticism from students after reducing enrollment, which was once the largest in the state at 12,000. But she maintained the support of school trustees.

Bobbitt said that after working with Ellibee on the college's transition to the UA System, it was clear that her decisions always put students, the community, and faculty and staff first.

“UA-PTC has made tremendous strides under her leadership and it is set up for a bright future because of her dedication and commitment to serving students while always working as a team," he said in the release. 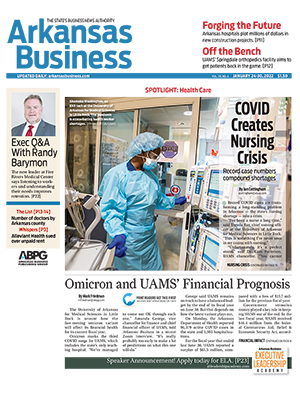