by David Mitchell
Article sent successfully!
We were unable to send the article.

Arkansas made the college football rankings and won the Outback Bowl, which is great. But the Economic Freedom of North America and the State Business Tax Climate indices show we have work to do in economic policy. Neither report shows the tax cuts just passed by the Legislature, so the future is brighter. But just as in football, we need constant improvement.

The Legislature and the governor just cut income taxes. The cuts began this year, but some income taxes were cut previously, too. These changes put us in control of more of our money. We have more economic freedom.

Economic freedom is a measure of the control we have over our economic lives, including how we make and spend our income. The Fraser Institute, a Canadian public policy think tank, publishes the annual “Economic Freedom of North America” report. The data comes from public sources, but gathering it takes time. So these scores do not include policy changes Arkansas recently made.

This year’s report ranked Arkansas 31st based on data from 2019, below five of our six neighboring states. Despite tax improvements, we are almost the worst in the neighborhood. Tennessee is second and Texas is fourth. Oklahoma is 12th. Missouri is 17th, and Louisiana is 23rd. Of our neighbors, only Mississippi scores worse than we do (40th).

Why does it matter? Better economic freedom isn’t about bragging rights. It brings better outcomes for society.

This is true at the national and state level. In the latest report, the average per capita income in the freest quartile of states was 7.5% above the national average, compared with 1.0% below the national average in the least-free states. Research by Professors Imran Arif, Adam Hoffman, Dean Stansel and Donald Lacombe in the Southern Economic Journal found that an increase in metro area-level economic freedom was associated with increased net migration from one metro to another.

My own research in the Journal of Small Business Management finds that in states with greater economic freedom, firms stay in business longer.

The Tax Foundation in Washington creates a different index. The state business tax climate index shows not just the amount of taxation, but shows how well states structure their tax systems and provides a road map for improvement. Some taxes hurt businesses more than others. Better tax policy finds that a low rate on a broad base is better than a high rate with lots of carve-outs. Arkansas ranks only 44th for 2022, lowest in the Southeast. But we moved up from 46th last year, and new legislation should lift us further. How to improve?

Our sales taxes are high, and our income tax rate is still higher than our neighbors’ rates. A lower top income tax will help us attract and retain top earners. Arkansas’ balanced budget requirement and tax cuts should help rein in spending.

There is still work to do. Arkansas has a capital stock tax (franchise tax), a direct tax on the wealth of businesses with lots of capital and inventory. This means that companies that hold inventory or use lots of equipment are less likely to come here. We are one of 15 states with this tax, and three of those states are phasing it out.

Arkansas has the third-highest state and local sales tax rate in the nation. The weighted average in Arkansas is 9.51%. But the sales tax varies by jurisdiction. Unfortunately, sales taxes are increasing.

Cities and counties raise taxes with local-option tax elections. But the elections are often held apart from the usual election cycle. Voter turnout is low by design. For example, Little Rock had three special tax elections in 2021: sales tax, library and school district. Pushing these special tax elections to the third Tuesday in May or the first Tuesday in November would increase voter turnout and be more responsive to taxpayers. Last session’s House Bill 1368 (PDF) would do that. That restriction would mean that local taxes increase only when voters really approve — not when voters are unaware of the election.

We’ve come a long way, but we have a lot further to go. More than just rankings, economic freedom is about being the captain of your own destiny and improving the well-being of all Arkansans.

Tax policy sounds boring until you realize how important it is. We need the freedom to run our lives; economic freedom helps Arkansas attract and retain businesses, increasing economic opportunity for all. 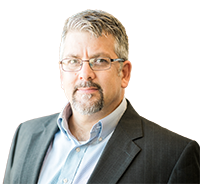 David Mitchell is a professor of economics at the University of Central Arkansas and the director of the Arkansas Center for Research in Economics. The views expressed here are his own and do not represent UCA.