Adult Marijuana Use No Threat to Licensees

A potential vote this year on legalizing recreational marijuana in Arkansas could cripple sales in the state’s fledgling quarter-billion-dollar-a-year medicinal cannabis industry, but industry players are more than fine with that.

Medicinal cannabis licensees stand to profit handsomely if Arkansas follows the path of most states that have added adult-use: They’ll be written in on the ground floor of the new, much bigger market.

Three adult-use measures have been proposed for the Nov. 8 election ballot, something that requires gathering 89,000 Arkansas voter signatures — a tenth of the last total vote for governor. All would give a place in the new system to existing medicinal companies.

“Yes, those currently in the established industry would have the opportunity to be awarded a license to meet the immediate demand that would come with passage” of an industry-backed legalization plan that has momentum and money behind it, said Eddie Armstrong, 43, a former state lawmaker and Democratic leader who consults in the cannabis industry.

Armstrong, who moved to Chicago after leaving politics and created Cannabis Capital Group, is now back home and directing Responsible Growth Arkansas, the industry-affiliated group behind the Arkansas Adult Use Cannabis Amendment. It was filed with the Arkansas secretary of state’s office last month.

A new recreational market, freed of rules on medical conditions, yearly physicians’ exams and a $50 annual state fee for a cannabis card, would be open to most adult residents and perhaps tourists, as opposed to the current 80,000 Arkansans with medical cannabis cards.

Marijuana flower, edibles and other products are consistently more affordable in larger recreational markets than they are in medicinal systems, although prices in Arkansas have been dropping for nearly a year.

A mature adult-use market could double the current medicinal sales in Arkansas, or even go higher, experts say. Last year’s medicinal sales were $265 million, generating $34.5 million in taxes for the state in 2021.

One candidate for state Senate, Democrat Cliff Hart of Wynne, has made recreational legalization the cornerstone of his campaign against incumbent Sen. Ronald Caldwell, R-Wynne. “It’s huge,” Hart said in a phone interview. “Adult-use cannabis will permanently stimulate and grow the economy and produce a permanent state tax revenue benefiting the people. Legalizing cannabis will put us on a level playing field with other states, and ultimately Arkansas’ population of 3 million could purchase a half-billion dollars of cannabis products annually, potentially producing $175 million in annual Arkansas tax revenue.”

New businesses would join the market under all the adult-use proposals presented so far, Armstrong said. “You will have new people with new opportunities to establish themselves. The medical marijuana industry will be involved.”

He said Responsible Growth Arkansas had talked through its plans with community leaders and stakeholders, with a goal of “widely expanding a regulated marketplace without turning it into the Wild West.” He used Oklahoma’s system, with its 20,000 medical marijuana business licenses and billion dollars in medicinal sales last year, as an example to avoid. The largely unregulated system exploded so fast that the state has been able to inspect only 20% of the dealerships so far.

Armstrong also hopes a lottery system for granting new licenses will serve to avoid the sorts of legal challenges that delayed rolling out Arkansas’ medicinal program. That licensing process required applicants to meet strict criteria, then have their applications scored by a new entity, the Arkansas Medical Marijuana Commission. The commission hired outside consultants to score the applications, leading to dozens of challenges and lawsuits and a nine-month halt on cultivation site construction.

“There was a real conscious look at things like the lottery, to ensure that the wealthy weren’t the only ones that could apply,” Armstrong said. “And from those applications, elections will be made through a lottery. You won’t be getting the speculations we saw with the initial medical program, lawsuits about who shot J.R. and who influenced Cagney and Lacey, and who encouraged the judge from ‘Night Court.’”

Amendment 98, which legalized medicinal marijuana, passed with 53% of the vote in 2016.

Most observers, including its author, Little Rock attorney David Couch, predict an adult-use legalization vote will pass this fall if it isn’t competing with a similar issue on the ballot.

“The fact that there are three efforts to expand adult-use cannabis shows that there’s a broad base of support for this,” Armstrong said.

“We’re aiming for a responsible and well-regulated industry that will expand economic development in our state, generating new revenue for things like law enforcement and health care research.”

Armstrong, whose paid signature-gatherers hit the streets this month, said he welcomes working with proponents of the ballot initiative with the goal of uniting behind one plan, perhaps revised to address their concerns.

The Responsible Growth amendment would direct the state Alcoholic Beverage Control Division to simply issue adult-use cultivation and dispensary licenses to the companies that already have medical cannabis licenses, then expand the number of adult-use dispensaries to 120 and cultivation sites to 20 statewide. The state now has eight licensed cultivators and 40 dispensary licenses.

Couch, who also wrote the constitutional amendment that raised Arkansas’ minimum wage, sees the Responsible Growth proposal as “simply a money grab” and is backing a proposal he helped write with Melissa Fults of Arkansas NORML, the National Organization for Reform of Marijuana Laws. That proposal, titled the Arkansas Marijuana Amendment of 2022, also carves out a marketplace for existing medicinal cultivators and dispensaries, but increases total cultivators from eight to 11 and dispensaries from 40 to 166. All new licenses would be determined by lottery.

“That’s the biggest mistake I made the first time around with the marijuana selection process,” Couch told Arkansas Business. “I should have made it a lottery. Melissa’s plan also prohibits selling a license before the marijuana business opens,” he said, and would allow dispensaries to grow and sell more of their own marijuana.

The third ballot initiative, from True Grass Arkansas, would grant recreational grow and sell licenses to any Arkansan or Arkansas business that has been here three or more years. True Grass representatives did not respond to several attempts to reach them for comment, and Couch said he was unsure if the group was still collecting signatures.

While Couch and Armstrong both expect Arkansas’ medicinal cannabis market to survive and coexist with the recreational market if it comes, Professor Paul Seaborn of the McIntire School of Commerce at the University of Virginia said the medicinal side is almost sure to shrink significantly. In some states, medical cannabis has become a dispensary niche for patients who have found specific products and doses to relieve their conditions. In Arkansas as in other states, recreational passage would remove sales taxes from medicinal marijuana, an incentive for high-dose patients to stick with the medical side. 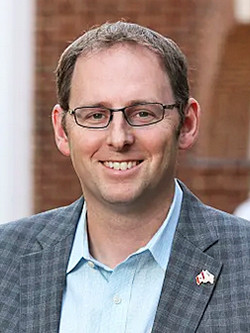 “Every state with recreational marijuana first started with medical,” Seaborn said in a telephone call from Charlottesville. “That’s been the common sequence. In Colorado, which was one of the first, the medical side was highly regulated and the businesses had gone through an extensive application process and been vetted. So every one of those owners got the opportunity to take on an adult-use license,” Seaborn said.

“And those were the only license holders that were ready to go on, on that first day of adult use.”

Kim Stuck, a former marijuana regulator in Colorado who is CEO and founder of Allay Consulting in Oregon, said that in many states “the medical side just drops away with adult use and disappears.” Medical users let their cards expire because they can simply go in and buy recreationally. “But most states have allowed medical dispensaries to apply for recreational licenses. So long as they have that, they’ve usually stayed afloat.”

After seven years of recreational sales, the percentage of Colorado’s population holding a marijuana card had fallen from about 4% to less than 1%, “90,000 people sticking with the medical market in a state of 6 million people,” Seaborn said.

Couch expects the number of Arkansas medical cards to fall drastically if adult use is legalized, but for some patients, he said, tax-free medicinal marijuana will be more affordable than recreational products taxed at 15%. “Who really wants to pay $300 to a doctor every year and $50 to get your card, that whole process?” he asked. “But there’ll be some people that want to still participate on the medical side.”

Couch said he believes it’s crucial for recreational legalization, if it comes, to arrive with a jolt of social justice.

Fults’ amendment would expunge nonviolent felony and misdemeanor marijuana convictions if they involved less than a pound of marijuana, six or fewer adult plants or drug paraphernalia.

“It’s really important that this measure includes forgiveness of past marijuana-related offenses,” Couch said. “People that have misdemeanors for pot possession or even some felony marijuana pinches, their records would be cleaned and expunged,” he said. “And those people get a new start.

“It doesn’t make sense to me to still punish people for committing a crime that will now be legal.”

How Adult Use Has Affected Other States

As Arkansas ponders adult-use marijuana legalization, why should it consider granting recreational licenses automatically to all of its current medical cannabis growers and sellers?

Because they’ll have a stash ready for the new market, said Professor Paul Seaborn of the University of Virginia, who has studied marijuana markets nationwide.

“That’s been one model, granting licenses to existing cultivators and dispensaries,” said Seaborn, who pointed to Washington as one state that bucked the trend and regretted it.

“They actually decided to not allow the medical dispensaries to have a role in the adult use program, and they started from scratch with a new set of applicants,” said Seaborn, who wasn’t surprised that proposals for recreational legalization in Arkansas would give existing companies a foot in the door. “One of the challenges Washington had, which has scared away a lot of other states from doing it this way, was that it took a very long time to get that market up and running. So almost all the states since then have given some opportunity for the medical businesses to switch over. Otherwise, there’s no available product.”

Both Seaborn and Kim Stuck, a former Colorado cannabis regulator who now heads Allay Consulting, said that if other states serve as a guide, Arkansas medical sales will contract as adult-use sales soar.

“Colorado crossed the billion-dollar mark for total annual marijuana sales in 2016, and they crossed the $2 billion mark in 2020,” Seaborn said. “But when you look at medical sales, they’ve basically been flat since 2014. All the growth has been in the retail side.” The share has stabilized at about an 85-15 split, with recreational sales dominating. “When adult-use was first legalized, they were kind of neck and neck, but the split has been growing year after year.” 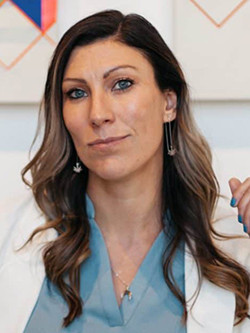 Stuck said that some Colorado businesses said no to recreational licenses. “Some companies were like, thanks, but we want to stay medical; we’re fine with our patients,” she said. “Then they ended up going out of business because everybody just kind of went to recreational cannabis, and it was really sad to see.”

Arkansans can look west to Oklahoma to see a true outlier, a system that gives medical marijuana business licenses to all who ask. “I actually applied for an Oklahoma license when they first came out, and it’s a one-page online submittal. It was crazy. And now they have 14,000 new businesses that they have to go in and inspect,” Stuck said.

With a substantial medical cannabis program in place, Arkansas can avoid the crowds by granting licenses to established businesses and limiting additional licenses. “If you don’t want a dispensary on every street corner, that’s a way to do it,” Stuck said. “Some states might not care about that, but I think Arkansas is one of those states that wants some limits.”