Is the Pass-Through Entity Tax Right for You?

by Matthew Boch and Cal Rose
Article sent successfully!
We were unable to send the article.

In 2022, businesses have their first opportunity to pay the Arkansas pass-through entity tax (PET) rather than passing the state income tax obligation through to its owners.

In many instances, the PET can shift the state and local tax (SALT) deduction to the entity level, allowing full deductibility. This can result in up to 2% tax savings (5.5% Arkansas rate times the 37% top marginal federal rate), but there are variables and complexities to consider. With the April 15 deadline for first-quarter estimated tax payment approaching, business owners should consult their tax advisers about whether to pay the Arkansas pass-through entity tax.

To raise revenue and offset the effects of other tax cuts, the 2017 Tax Cuts & Jobs Act created a “SALT cap,” which generally limited an individual taxpayer’s federal deduction for state and local taxes to $10,000. In response, states devised workarounds to allow full deductibility of state and local taxes. The most effective workaround appeared in the form of entity-level taxation: Rather than passing through an entity’s income to its owners on their individual returns, the entity itself pays the tax. The owners receive an exclusion or credit to prevent double taxation.

Following the IRS’ blessing, many states rushed to enact new PETs in 2021, and Arkansas led the way with the passage of the Elective Pass-Through Entity Tax Act via Act 362 of 2021.

Under Arkansas’ law, a business that opts in to the PET becomes subject to a flat tax at the top marginal individual income rate, currently 5.5% (2.75% for capital gains). The owners exclude the taxed income from their Arkansas return, avoiding double taxation.

From a federal tax perspective, the entity will have more state tax expense and will distribute less income to its owners. In other words, the reported income on the K-1 will decrease by the amount of the tax paid directly by the entity, reducing the amount of flow-through income recognized by the owners.

The Arkansas PET is optional and requires businesses to explicitly opt in. Owners holding more than 50% of the voting rights must elect annually before the due date — including extensions — of the entity’s income tax return. This year-by-year election is effective and binding on all owners.

The Arkansas Department of Finance & Administration has issued a FAQ and several forms for the PET (PDF). More guidance and rules are expected.

While the federal benefits are significant, there are potential drawbacks on the state level. The PET is a flat tax of 5.5% rather than a progressive tax, which will likely result in a slightly higher state tax liability. Net operating losses or tax credits from previous years may be stranded at the individual level if the PET election is taken. Taxpayers using losses from one entity to offset income from another would be limited by separate entity-level taxation.

The pass-through entity tax is often a great option for in-state businesses with in-state ownership, but becomes more complex when multiple states are in play. If all states involved have adopted PETs, the laws are intended to work together harmoniously. Arkansas, for example, also excludes income on which another state has imposed a “substantially similar” tax.

Out-of-state owners of Arkansas businesses living in states with income taxes but without PETs should be concerned about risks of double taxation. Income of out-of-state owners could be double-taxed at the entity level in Arkansas and at the individual level in their home state. Arkansas residents owning entities that apportion income across multiple states should also be aware that the pass-through entity pays Arkansas tax only on its Arkansas-sourced income.

For many taxpayers this election will bring substantial benefits, reducing the effective Arkansas income tax burden by up to 2%. But the complexities, particularly for multistate businesses, call for thorough analysis. With estimated payments due in April, Arkansas business owners and their advisers should be promptly considering whether to take the elections. 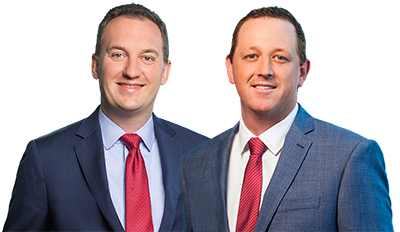