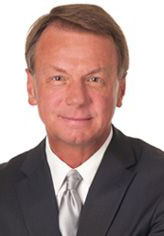 Northwest Arkansas has become the population and economic engine of the state, centered on the corporate power located in Washington and Benton counties. Other factors play a role in its growth and dominance, including cultural amenities like Crystal Bridges Museum of American Art in Bentonville and, of course, the athletic teams of the University of Arkansas at Fayetteville.

Then there is the Razorback Regional Greenway, a 37.5-mile multiuse path completed in 2015 that connects Fayetteville in the south to Bella Vista in the north. It has become so popular that news releases announcing new commercial or residential developments often point out how close those developments are to the greenway trail system.

Other cities and regions are getting into the greenway action and leaders use the success of the Razorback Greenway as a selling point in their own communities. Townsell, now the executive director of Metroplan in Little Rock, said the board of directors for the metropolitan planning organization took a fact-finding tour of the Razorback Greenway, as well as a trail system in South Carolina, a few years ago.

“It caught our attention,” Townsell said. “We convinced our board that with only $15 million a year, why not do that? You can’t do a lot of big road projects, but you can do a lot of bike projects. On top of that, the census in 2020 convinced us in central Arkansas that the mirror on the wall [answering the question] ‘Who’s the fairest of them all?’ is no longer saying central Arkansas but is saying northwest Arkansas.”

Metroplan is responsible for federal spending on transportation in the five counties of central Arkansas. Its grand plan for trails is not for one corridor but for five; the most striking is the Southwest Trail, which will lead from Little Rock Central High School in downtown Little Rock to Hot Springs in Garland County.

Townsell said the $55 million project doesn’t have a catchy name like the Razorback Greenway — “right now, we are just calling it the Central Arkansas Regional Greenway,” Townsell said — but construction on the early phases of the Southwest Trail are expected to start this year.

“We are dedicating somewhere between $55 million and $75 million over the next 10 years to that regional plan, all five corridors,” Townsell said.

Townsell’s old stomping grounds of Conway is part of the Metroplan plan, but it’s also working on its own internal trail system.

Townsell said the idea for the five corridors is to build routes, which Townsell refers to as spines, to major cities and towns such as Conway, Ward, Lonoke, Sherwood and Cabot; those major spines would then interact and connect with interior trails in each of those municipalities.

Conway announced last week that it received a $24.6 million grant from the U.S. Department of Transportation for its 20-mile Connect Conway trail, which would take a west-east route in the city, connecting secluded or underserved areas and hooking up with Metroplan’s planned Northwest Trail. 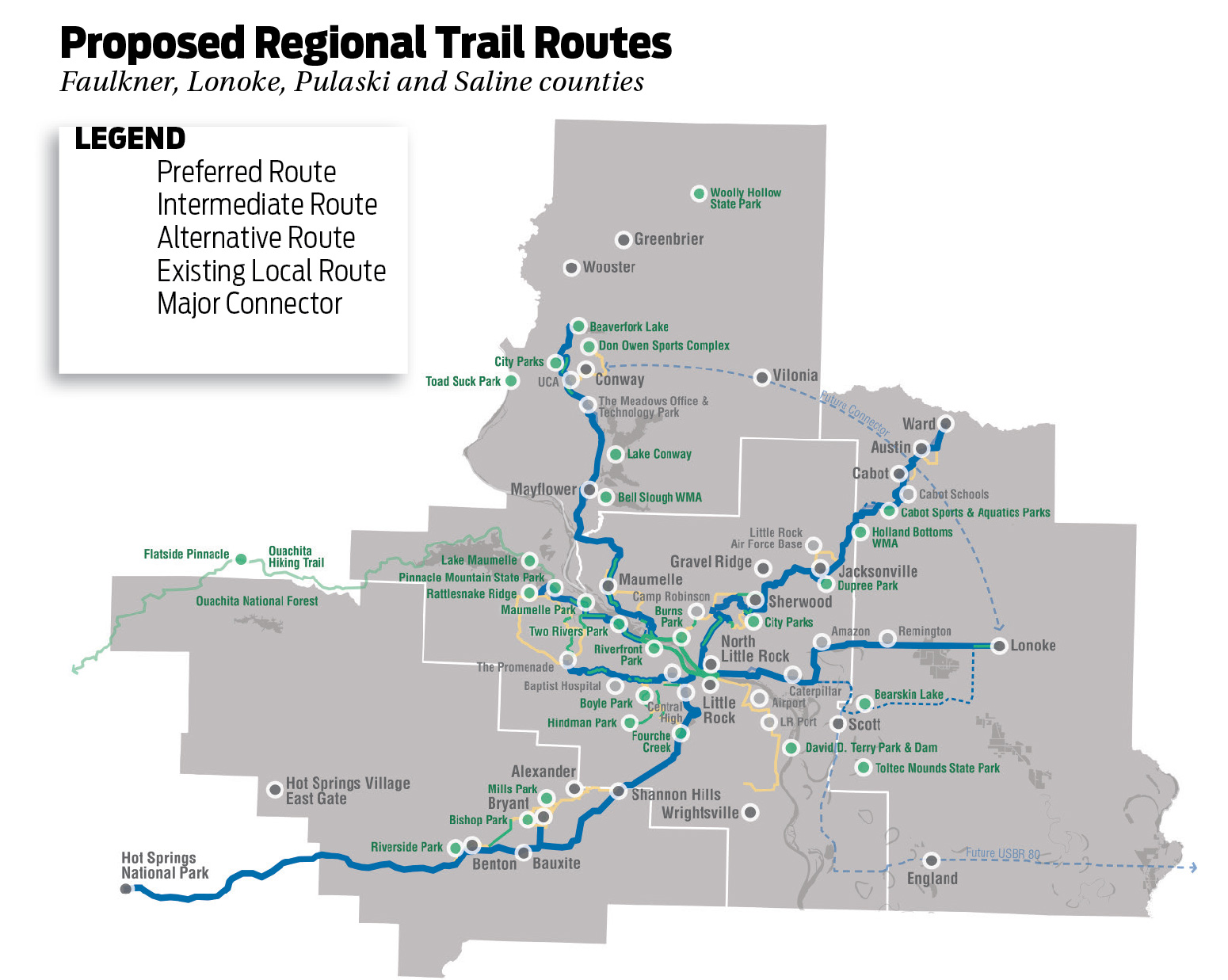 Bobby Kelley III, communications director for Conway, said the project won’t start until 2027 so the city is working on smaller projects such as a 1½-mile extension of its Stone Dam Creek Trail that will complement and expand with the Connect Conway project.

Jonesboro is another Arkansas city raising its trail game. The Craighead Forest Park has 15 miles of mountain bike trails and a new commercial development, Southern Hills, built 2 miles of bike-pedestrian path that connects with the park.

Additionally, Jonesboro is trying to finish work on its Greenway Trail, a 29-mile trail that is being built in phases. The phase remaining to be built would connect Arkansas State University with the downtown area and the University Heights area in the east.

Conway’s interior trail work is exactly what Townsell wants from cities and towns that will be touched by the Central Arkansas Regional Greenway. He said Conway was one of several cities to receive Metroplan grants so that city leaders could travel to northwest Arkansas and attend a fact-finding and bike-riding tour of the Razorback Greenway.

“We’re looking to push out these bike paths, these regional greenways, such that it touches all of our major cities and encourages them hopefully to build local connectors inside their cities,” Townsell said. “That will encourage the broad expansion of the regional system, not just the spine but the ribs as well.”

Have Bike, Will Travel

The Razorback Greenway benchmark tours were run by LaneShift, a transportation consulting agency in Bentonville that was founded by CEO Ryan Hale, a former Razorback and NFL player. 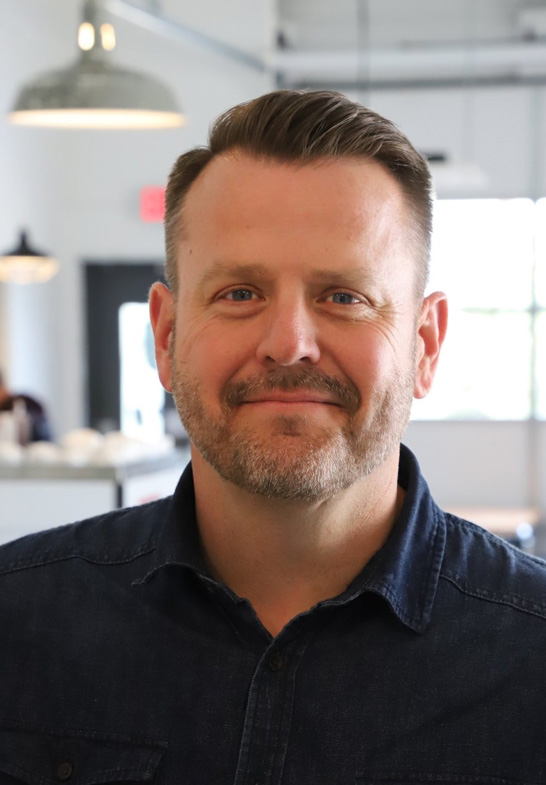 Hale said city officials are realizing that some of the most attractive amenities a city can offer prospective residents are outdoor open spaces and trails. Hale used to work at the Walton Family Foundation, which said in 2017 that studies showed bicycling provided $137 million in economic benefits.

“A lot of cities are recognizing that the places we value the most within our cities and towns are the places we are really free to go about on foot or on a bike,” Hale said. “There has been renewed interest in creating more of those spaces in cities and towns. There is a direct economic benefit related to that.”

Townsell said the 2020 Census showed northwest Arkansas was outstripping central Arkansas in growth, with the northwest growing about 24% compared with central Arkansas’ 7%. It was a wakeup call that municipalities and economic agencies needed to step up their efforts.

“We better go make ourselves more attractive by producing amenities like this,” Townsell said.