An Arkansas lawyer suspended from practicing law in Arkansas state courts in 2016 while her disbarment proceeding was pending has been allowed to keep practicing in federal court.

Teresa Bloodman, whose  post office box in Maumelle is her address on legal filings, has been accused of more than 175 violations of the bar’s rules of professional conduct.

A panel of the Arkansas Supreme Court Committee on Professional Conduct imposed an interim suspension on Bloodman’s law license in March 2016 and recommended that a disbarment proceeding start. Her continued practice in federal court raises questions about her effectiveness on behalf of clients and her ability to represent them, legal experts told Arkansas Business. 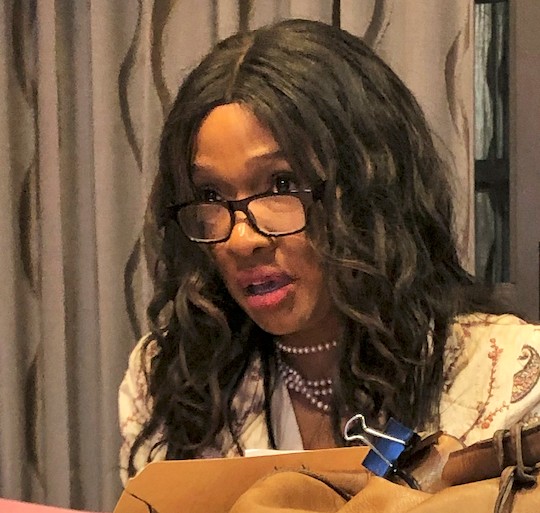 The six-year delay in her disbarment case has also raised questions about a process than can leave lawyers in limbo for years.

The panel that oversees attorney conduct found that Bloodman “clearly and presently is and poses a substantial threat of serious harm to the public and to her clients if allowed to continue practicing law.” That assessment came in the panel’s revised findings and order on remand filed Oct. 4, 2016. The number of complaints and variety of rule violations over several years are “strongly suggestive of conduct by an attorney that is both serious and continuing,” the order said.

Bloodman “vehemently denies the allegations” of misconduct, she wrote in a federal court filing in January 2019.

The panel said details in nine complaints show “both an intentional and reckless disregard ... for her obligations to and the rights of her clients, the public, judges, and the systems of justice within which she works.”

Allegations of rule violations include mishandling a client’s trust account and incompetence.

Nevertheless, she has been allowed to practice in the U.S. District Court for the Eastern District of Arkansas while her disbarment case proceeds.

Bloodman’s mixed suspension status posed a twist in an employment discrimination case in which Bloodman represented Patricia Walker-Swinton, a former Philander Smith College English teacher. Walker-Swinton was fired from the private historically Black college in Little Rock and sued it in 2018.

Philander Smith denied any wrongdoing, and the case was dismissed before it went to trial. In the opinion and dismissal order, Baker didn’t rule on Walker-Swinton’s state law claims for breach of contract, giving the plaintiff the option to refile that claim in state court. But since Bloodman’s license is suspended in state court, Bloodman couldn’t represent Walker-Swinton in that proceeding.

In March, Bloodman appealed Baker’s ruling to the U.S. Court of Appeals for the 8th Circuit, where it is pending.

Bloodman had agreed to be interviewed by Arkansas Business but didn’t answer her phone at the interview appointment time. Her phone wasn’t set up for voice messages, so Arkansas Business couldn’t leave a message. She also didn’t respond to an email.

Austin Porter Jr., a Little Rock attorney representing Bloodman in the disbarment case, said he didn’t think “it would be beneficial for her to have any kind of comment” on representing a client in federal court but not being able to do so in state court.

Loyola University New Orleans law Professor Dane Ciolino told Arkansas Business that if a choice must be made between a federal forum or a state forum,  it’s inevitable that a lawyer who can’t practice in state court is going to be swayed by that. “If there is an important decision to be made as to the forum, whether state or federal, and the lawyer’s suspended in state court, then that’s going to give the lawyer a personal interest conflict,” said Ciolino, who is the author of “Louisiana Legal Ethics: Standards & Commentary.” It is unclear whether Bloodman’s client waived concerns about any conflict.

First of Many Challenges

As to why Bloodman’s disbarment case has taken six years, attorney Porter said “the wheels of justice turn slow.”

Bloodman’s disbarment proceeding is rare. Since 2016, only five Arkansas lawyers have been disbarred. From 2010 to 2014, 10 Arkansans were disbarred.

Bloodman’s court filings offer a peek at the proceedings and delays.

On April 1, 2016, Bloodman filed the first of many challenges, a motion to set aside her suspension. She complained that the committee didn’t provide her with “a meaningful hearing and an opportunity to be heard on the merits of her interim suspension,” the filing said.

Lisa Ballard, executive director of the Arkansas Supreme Court Office of Professional Conduct, told Arkansas Business in an email that several factors have extended the proceedings. She didn’t become involved in Bloodman’s case until 2021, when she succeeded longtime executive director, Stark Ligon.

Early on, Bloodman asked the Arkansas Supreme Court to review the case, Ballard said. “When that effort failed, Bloodman filed a lawsuit in federal court, which halted the disbarment proceeding until the suit was dismissed with prejudice by the U.S. District Court Eastern District of Arkansas.”

“During the hearing phase, more allegations of misconduct came to light,” Ballard said.

Bloodman got her bachelor’s degree and a master’s in the late 1980s from the University of Illinois, according to Ligon’s court filings. She graduated from John Marshall Law School in Atlanta.

She and her family moved from Georgia to Pine Bluff in 1998, and in February 2005 she passed the Arkansas Bar exam and soon got her license.

Indications of financial problems continued. Arvest Bank reported to the Office of Professional Conduct that Bloodman’s Interest on Lawyers’ Trust Account, or IOLTA, had multiple overdraft notices. Ciolino, the law professor, said a trust account should never be overdrawn because the money in that account belongs to the client. The IOLTA account is for money that an attorney holds for a client, such as payments for future fees or for settlements paid.

The panel found that Bloodman violated a rule by having eight overdraft notices between April 16, 2014, and Aug. 4, 2014, after having four notices between Nov. 4, 2011, and Nov. 8, 2013. The overdraft notices are “proof Ms. Bloodman is not properly maintaining her IOLTA client trust account on a current basis and in accordance with generally accepted accounting practice,” said the filing from the  panel of the Arkansas Supreme Court’s Committee on Professional Conduct.

One IOLTA check for $505 was not honored, the filing said. Her account at the time had a balance of 86 cents.

Bloodman faced more complaints from clients after her Arkansas law license was suspended in March 2016. A North Little Rock commercial truck driver paid Bloodman $5,000 to represent him in a DWI case in 2015.

The driver was found guilty and told Bloodman he wanted to appeal and paid her another $5,000, according to the first amended petition for disbarment filed in October 2016.

Bloodman appealed the driver’s case in early 2016, but then her license was suspended.  Her client said she didn’t notify him that she had been suspended and the client didn’t learn of it until a judge told him about it at a court appearance in May 2016, according to Ligon’s first amended petition for disbarment, filed Oct. 14, 2016.

The client tried to get a refund of his $5,000 to pay for another lawyer, but he couldn’t reach Bloodman, Ligon’s filing said.

The client complained to the Office of Professional Conduct, which contacted Bloodman on July 7, 2016, but she failed to respond. Ligon accused Bloodman of failing to refund any unearned portion of fees to the truck driver when her Arkansas law license was placed on interim suspension.

In another case, Bloodman represented a man attempting to recover about $25,000 the Arkansas State Police seized during a search of a vehicle in 2011. No criminal charges were filed in connection with the seizure of money.

Skacey Robinson of Virginia said in an affidavit that he paid Bloodman a total of $6,300 in the civil forfeiture case.

A judge ruled against Robinson in the forfeiture case on March 17, 2016. Robinson asked Bloodman to represent him in the appeal. “She did not ask me for additional legal fees, stating she would take her fee out of any recovery of the $24,685,” Robinson said in an affidavit filed Oct. 6, 2016.

He said that Bloodman didn’t tell him that her law license was suspended and she didn’t file the notice of appeal.

“Bloodman’s actions or lack of actions prevented Robinson from securing another attorney to timely file a notice of appeal or to do so himself by the appeal deadline of about May 7, 2016,” Ligon said in the filing.

“Robinson lost his right to appeal the judge’s adverse forfeiture decision and lost any chance to regain the $24,685 that Bloodman and he believe was wrongfully taken from him,” Ligon said.

Ligon accused Bloodman of failing to keep Robinson reasonably informed about the status of the case.

In addition to the period when Bloodman asked for a review and the lawsuit in federal court, “nearly every month some sort of action has taken place in the disbarment proceeding including 18 motions to dismiss filed by Ms. Bloodman and her counsel,” Ballard said in the email to Arkansas Business.

There appeared to be a lull in the proceedings during a couple of periods, but those were while the transcript was being prepared and during the onset of the COVID-19 pandemic, she said.

The special judge in the case, Kim M. Smith, is expected to make a ruling on the disbarment after each side files proposed findings of fact and conclusions of law, which is expected by the end of the year.

“Although time is of concern, it is the goal of the Supreme Court’s Office of Professional Conduct that the action be conducted fairly, that Ms. Bloodman’s liberty interests be weighed against her violations of the Rules of Professional Conduct, that fair proceedings occur and a final decision be reached,” Ballard said. “During the entirety of the proceedings, Ms. Bloodman’s license to practice law in state court has been suspended so there is no ongoing threat of harm to the public.”