Luke Story answered the cell call in a moment of transcendent bliss, a dad adrift gazing on his sleeping, rocking newborn son.

Lincoln O’Keefe Story had arrived only days before, on Sept. 1, 7 pounds and 6 ounces of sleepless joy for the president and CEO of the Arkansas Broadcasters Association. 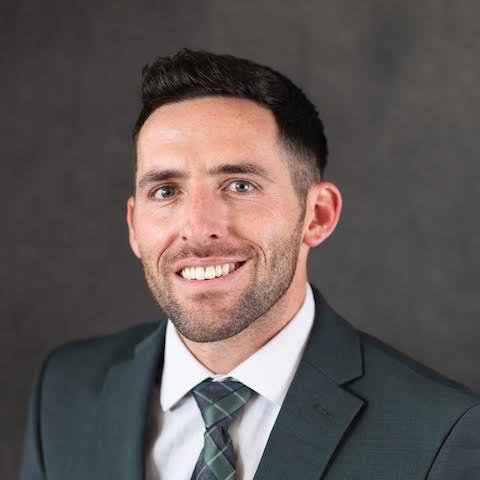 “I told some of my board members I’ve never been so happy to be able to count the number of hours of sleep I’ve had in a week on one hand,” Story told Arkansas Business, taking a pause from parenthood to talk about his other family, the association’s membership in the radio business.

But it was nearly impossible to break his focus. “I’ve never been happier, sitting here with my little partner. It’s an indescribable type of love.”

The second boy for Luke and Sarah Story — 5-year-old big brother Max is enchanted too — arrived as this publication was taking a front-page look at Arkansas’ radio industry history, including local ownership losses in a quarter-century of major chain consolidation.

As an industry leader, Story doesn’t deny that local ownership and voices have been diluted, but he parts with consolidation’s harshest critics’ contention that centralized programming has drained the life out of radio.

The chain age has brought Arkansas radio and “streamed audio” to the cusp of a technological evolution that will both put Arkansas radio content at fingertips around the globe and still offer advertisers the most powerful local immediacy for businesses down the street, Story said.

“Radio and television are super adaptive, and the narrative has really changed from seeing radio as a thing apart to seeing it as a multifaceted medium where there’s more channels to be able to deliver audio content.

“Radio is in the community, and that’s not going to change,” he continued. “Radio is, you know, the mouthpiece of the community. Nobody has as close a connection to their audiences as local radio and TV stations, and we are going to help our members meet the challenges of preparing technically to take advantage of advertising opportunities through streaming. We’re big on streaming and making sure that if a radio station wants to, it can tap into that.”

Radio has proved its resilience through the rise of TV, cable and the internet, Story reminded a listener, and he suspects that “radio will always be here,” perhaps because local voices sending out the word freely on the airwaves is an idea simply too American to ever fully abandon.

Local Arkansas voices can still be found, to be sure, and let’s not forget that one of country radio syndication’s biggest stars, Bobby Bones, is an Arkansas native and Henderson State University graduate.

Former Arkansas DJ Alan Rail pointed out that Magic 105 pioneer Tom Wood was omitted entirely from the radio article, though Rail conceded there was no way within the story’s scope to acknowledge everyone. “I enjoyed it, but I would like to have seen … a tip of the hat to the guys at KKPT (Mike Kennedy and Jeff Allen) and the guys at ARRSN,” Rail wrote in an email, referring to the Arkansas Rocks Radio Stations Network, where Wood works, along with Sonny Victory, Bob Terrell, Mark Wallace, David Allen Ross, Barry Mac, Beaker Street’s Clyde Clifford and Jay Brentlinger, the owner.

You can find Arkansas Rocks here. It and KKPT, known as The Point, “seem to be the Islands of Misfit Toys for radio legends in Central Arkansas,” Rail said.

Another reader, former telecom executive, bank board member and community leader Larry W. Ross, alerted Arkansas Business to a retired jazz titan of Arkansas radio, Norwood Seymour. Now in his 90s, Seymour was a drummer and jazz collector who spun records from his own vast collection for listeners of KUAR and KLRE of Little Rock through the 1990s into the 2000s.

“His show had a substantial following,” said Ross, who was a longtime member of the Arkansas PBS Foundation Board, among many other civic commitments in central Arkansas.

Ross put Seymour and Arkansas Business together for an interview too interesting to be the end note in a column. Get the full article here.

Energy
World Energy Crisis: Out of Pan, Into Fire