The average rate for a 30-year fixed mortgage topped 6% nationally earlier this month for the first time in 14 years.

Nationally, the rising rates — which were under 3% as recently as a year ago — have caused a pullback in home buying. That has happened in Arkansas, as well, but state banking officials said they don’t fear a collapse of the housing market like in 2008, the last time mortgage rates were as high.

“That 6% is a new number for a lot of homebuyers,” said Scott Hancock, the northwest Arkansas division president of Centennial Bank of Conway. “It’s a change in 2022 from 3% in the same calendar year. The sticker shock of the new rate is making people think differently as much as the 6%.”

The rise in rates has slowed the momentum of the housing market, which has cooled in recent months.

A complication is that the higher interest rates, while still reasonably low historically, are coupled with a significant increase in the principal price of a home.

Kendall said he remembers buying his first home in Fayetteville in 1993 and getting an employee rate of 8%, which he said was a discount but also several percentage points higher than today’s rates.

“When rates were higher [before], homes were more affordable,” said Michael Powell, executive vice president of mortgage lending for Simmons Bank of Pine Bluff. “That is impacting your first-time homebuyer for sure. Either they step out of the market or they can’t find a property to meet their needs.”

In northwest Arkansas, homes are beginning to stay on the market longer and have fewer bids. Hancock said there isn’t a frenzy of bids on houses because many buyers are becoming more deliberate because of higher costs.

“It’s not such a strong seller’s market,” Hancock said. “My overall take is some people took a little bit of a pause; they tapped the brakes. The demand for housing is there. Costs are up and rates are up, and it will get people to slow down but our demand and our overall economy is strong. Six percent, historically, is not high.” 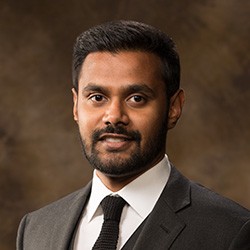 But there is a rental crunch in northwest Arkansas, where vacancy is “functionally zero,” said Mervin Jebaraj, the director of the Center for Business and Economic Research at the University of Arkansas’ Sam M. Walton College of Business.

“At some point, it has to give,” he said. “We are seeing nationally home sales slow dramatically. The flip side of all that is it increases rental demand. Rents are going up, and that is true here, too. People are on wait lists to get apartments.”

The Skyline Report, issued by Arvest and researched by Jebaraj’s CBER team, released its residential report earlier this month. It said the average sales prices of a home in Benton and Washington counties, the two most populous of the region, rose 27% since last year, while the number of sales dropped 20%.

“It is not a seller’s market like it was before,” Kendall said. “Was the market really healthy for the buyers? It was driving up prices with artificially low rates. It was crowding out a lot of people. Now folks don’t have to make a rash decision and can be patient and make good, educated decisions.

“Borrower education is a must.”

Bankers said more potential buyers are asking about adjustable-rate mortgages, the so-called ARM loans that were heavily criticized for their role in the housing crash of 2008.

This time around, banks cite stricter oversight and better underwriting research to prevent the carelessness that caused borrowers’ pain when higher fixed rates kicked in.

The Mortgage Bankers Association said that ARMs made up 10% of loans, the highest percentage since 2008.

With an ARM, a borrower gets a lower up-front interest rate for a short period — such as five years with a 5/1 ARM — but then has the fixed rate attached after that period ends.

It can help buyers early since ARM rates are lower than fixed rates at the beginning of the loan. It can hurt if unprepared or poorly qualified borrowers can’t manage the fixed-rate after the adjustment.

“ARMs are starting to dominate the market,” Kendall said. “Those guys got a bad name back in the day. Today, we underwrite to extremely stringent guidelines, our loan officers are very well trained to put the home buyer into the right product.”

Powell said potential home buyers are willing to take the risk of increased costs later to get an affordable loan for the first five or seven years.

He used the old banker’s saying that you marry the house, but you date the interest rate.

“That’s definitely been a go-to product,” Powell said. “People weren’t taking ARMs when rates were 2.75% on a 30-year fixed. People are taking the risks associated with it to get that lower rate.”

A Drop in Refinancing

The higher interest rates have changed the mortgage market in another way. It is now a market of buyers, not refinancers, as would be expected as rates go up.

Banks did a brisk business when rates fell as homeowners resigned to get locked into a lower rate.

“The whole market has changed; it has totally flipped,” Kendall said. “It is a purchase money market now. Refis have really dwindled.”

Organizations like the Walton Family Foundation and the Northwest Arkansas Council have worked to address the affordable housing situation in the past few years.

The average price of a home in Washington and Benton counties is out of reach for most residents and the more moderately priced homes in the region are few and hotly sought after.

“We didn’t build enough housing in the past decade so we have to build a lot just to catch up to what we missed out on,” Jebaraj said. “That plays a part in stabilizing prices.”