Did you hear about five Colorado-based investor groups teaming up to buy five downtown Little Rock projects in deals totaling more than $18.7 million? 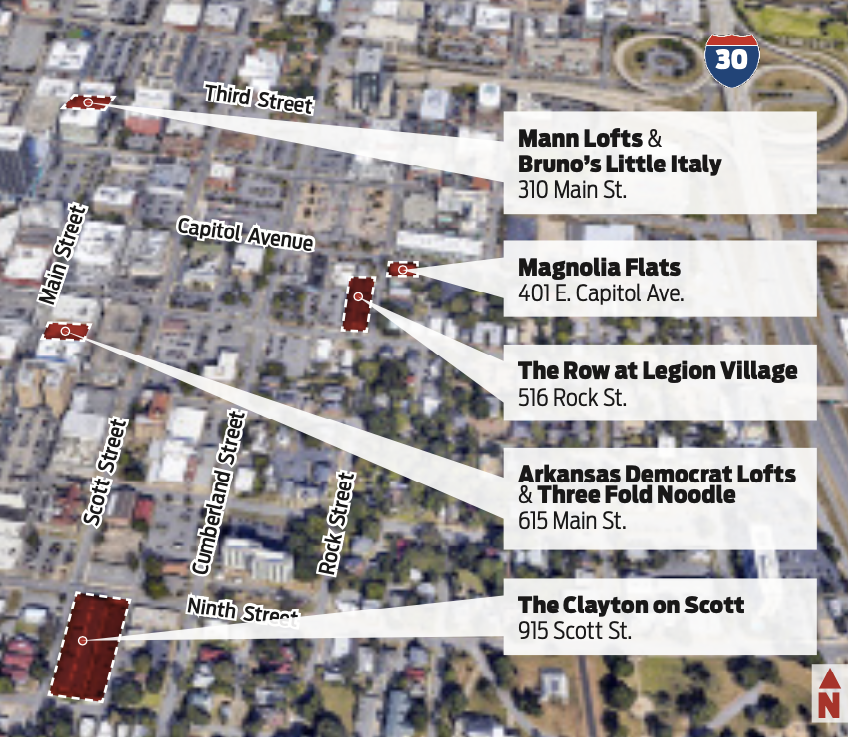 The properties, featuring 123 apartments and two restaurants, were:

The buyers in all five transactions involved three similarly named limited liability companies in Denver and ones in Littleton and Boulder. The sellers in all five deals were LLCs, led by Chris Moses.