Power and Politics: A Regulatory View

by Ted Thomas
Article sent successfully!
We were unable to send the article.

Think of your last trip to the grocery store. Now think of an alternative universe in which the prices do not appear on the items you select. You are not charged when you leave the store but instead, the items you take on each visit are tabulated for monthly billing. Finally, imagine your reaction if your tab went up 20% and you had no idea which items drove up the cost.

This is the real world of electricity consumption. Electricity is one product, but its cost, reliability and environmental attributes can change by the hour. The cost of generating a single unit of electricity can also vary wildly. Consumers pay those costs but never see them. They see an average of costs for all the hours, even though usage during some hours costs more than in others.

Some of that already exists in Arkansas. Oklahoma Gas & Electric, which serves Fort Smith, has received national recognition for its time-of-use program. Most utilities see limited participation in these programs. Some observers cite a lack of demand, but others blame the monopoly utilities’ failures to innovate.

How can a mere regulator determine whether there is demand for innovative programs and added options? Entrepreneurs help by doing what they do best: testing demand. The best entrepreneurs find demand even when surveys indicate there’s little to be found. As Henry Ford once observed, “If I would have asked people what they wanted, they would have said faster horses.”

I have thought, written, talked and testified about every conceivable innovation relevant to the energy sector. Biomass, storage, demand response, modular nuclear plants, energy efficiency, carbon capture, renewable natural gas, electric vehicles, solar, time-of-use rates, wind, and so on. The goal has always been to make sure the policy was ready so that entrepreneurs could show up to test demand. Why? In times of high energy costs, consumers need alternatives.

Using political power to stop transactions that threaten incumbent economic interests is the secret sauce of Arkansas’ historic underperformance in economic development. From a purely political viewpoint, the answer is to pander to the incumbent technology for donations and let the unscaled innovator be squished. But from an economic development and innovation viewpoint the answer is different. When heating bills hit this winter and political leaders ask what can be done, the answer will be to develop consumer alternatives that should already exist. 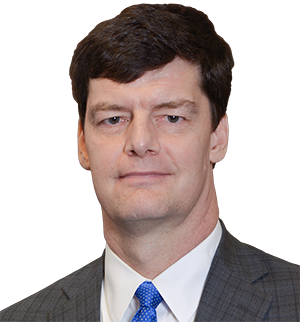