Hussman Reflects After 48 Years at Democrat-Gazette

Just after Walter Hussman Jr. announced his imminent retirement last month as publisher of the Arkansas Democrat-Gazette, declaring that no one should run any enterprise past the age of 75, he had to do a little backtracking.

“There are exceptions to 75,” Hussman said, after finding himself playing golf the Saturday after his announcement with Dillard’s Inc. CEO Bill Dillard, who is 77.

“I told him he’s definitely an exception,” Hussman said.

Turning 76 in January, Hussman is ending 48 years as publisher of the Democrat-Gazette. Word on his successor is expected this year, and he’s likely to hand the reins to his daughter Eliza Hussman Gaines, his executive editor. He will remain chairman of Wehco Media Inc.

In a lively 80-minute talk Oct. 27, Hussman said it’s time for a new generation to rise. A nephew, Nat Lea, is Wehco’s CEO these days.

But Hussman merrily reviewed a long career of defying the odds, from buying an also-ran afternoon paper in Little Rock for $3.7 million in 1974 to eventually winning a brutal 12-year newspaper war over the revered and Pulitzer-honored Arkansas Gazette.

He bought that newspaper’s assets for nearly $60 million in October 1991, after Gannett, the nation’s biggest newspaper chain, shut it down after five years of ownership.

Gaines, who sat next to her dad in the interview, recalls watching him stand on a desk in the Democrat’s newsroom and declare victory on Oct. 18, 1991. She was just 4 years old. 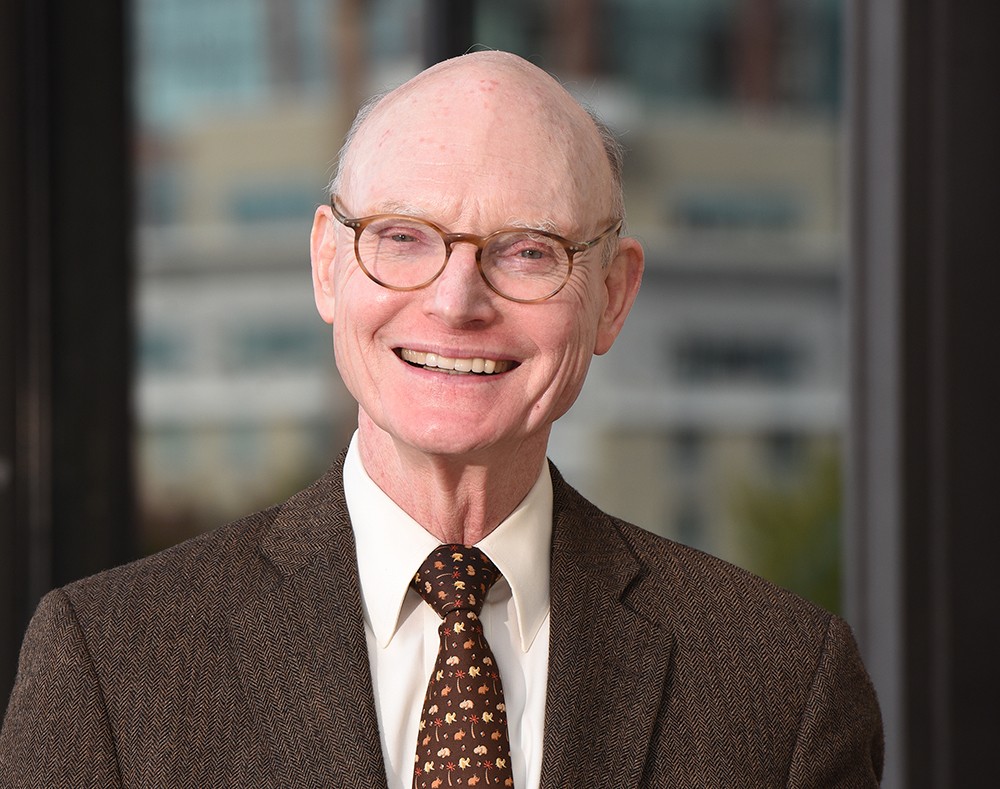 Read the full transcript of Arkansas Business' interview with Hussman.

After winning the Arkansas market, which once boasted a combined 300,000 subscribers, Hussman prospered for the next two decades before free news on the internet undermined the daily newspaper business model.

He recalled a series of business decisions that repeatedly rescued the Democrat from collapse, including decertifying its unions, shifting publication from afternoons to mornings, offering free classified ads and hiring a firebrand editor, John Robert Starr.

But perhaps his greatest accomplishment, he said, was preserving a statewide newspaper for Arkansans. Though he waves off personal credit for the ideas, many borrowed from other papers, Hussman made hard choices, and many of them worked.

In 2018, facing the prospect of a yearly loss, he decided to drop all but Sunday’s print edition in favor of a digital replica for subscribers to read on iPads provided by the newspaper.

The idea halted a steep decline in subscriptions at about 35,000, down 80% from the newspaper’s peak in the 1990s. But at $34 per month they provide over $14 million a year in revenue while sustaining a vehicle for millions in more in advertising dollars. Cutting production, printing and distribution costs was just as crucial to keeping a bigger news report and a relatively generous editorial staff of about 90.

“A couple of months ago, I got on an airplane and there was a Miami Herald,” Hussman said. “Remember what a great newspaper the Miami Herald was? This one had 20 pages. That same day, we had 42 pages.”

So he posed a question: “If we were still printing the paper seven days a week instead of one day a week, and we were paying for that newsprint and ink, and distribution, how much more would we be spending than we are now?”

And how is the multimillion-dollar iPad initiative going? “I say it’s really going great for the subscribers. They’re getting a newspaper like they couldn’t get anywhere else. … And we’ve been able to keep a well-staffed paper.” 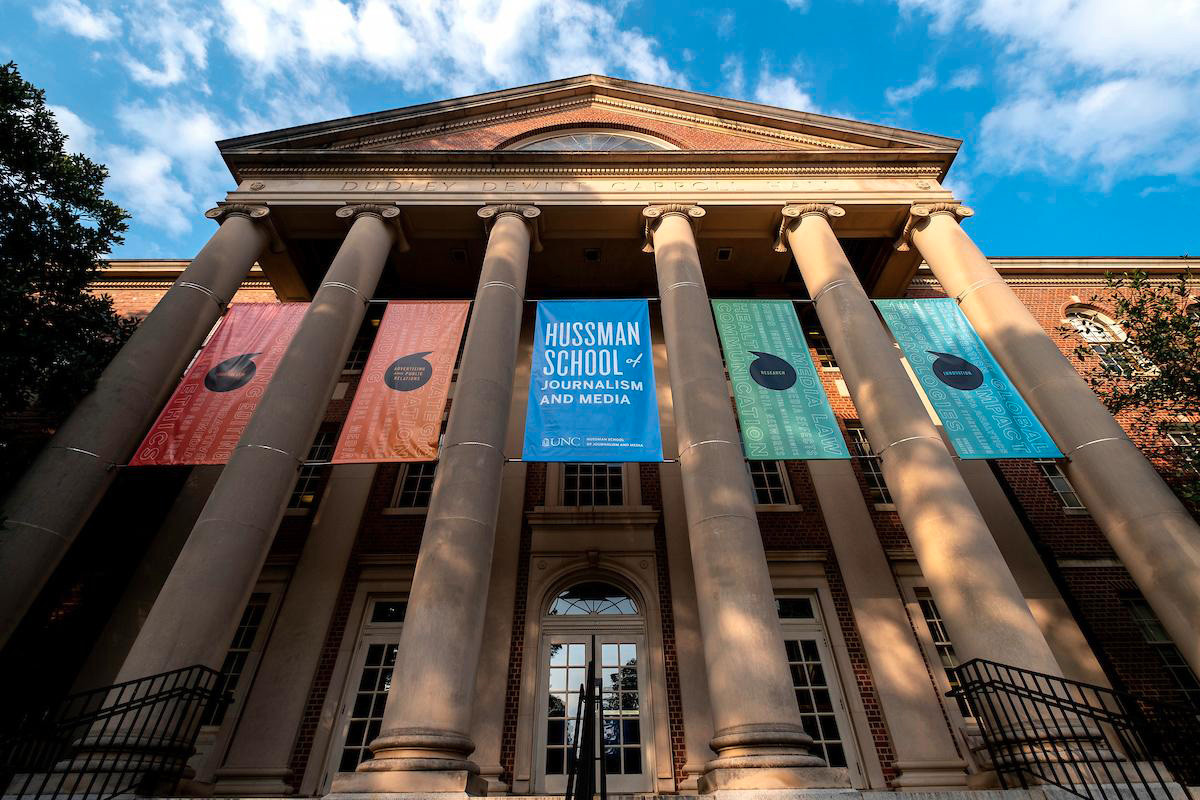 The Hussman School of Journalism & Media at the University of North Carolina in Chapel Hill.

Personally, Hussman has done well enough to pledge $20 million to his alma mater, the University of North Carolina. That put his name on the Hussman School of Journalism & Media, but he freely admits his net worth was once far greater.

For all his success in the news industry, he once feared he’d be judged a failure by age 30. In business school at Columbia University, he’d been fascinated by case studies of turnaround attempts at faltering companies.

“So when the Arkansas Democrat came up for sale [in 1974], if there had ever been a turnaround candidate, the Democrat was it,” he said. The paper had peacefully coexisted with the Gazette for a century, and as an afternoon paper it had never challenged it. But by the 1970s it was unprofitable, and it went on the market.

Hussman and his father figured they’d give themselves three years to dig the paper out of its hole.

“He was 68 in 1974,” Hussman said. “When you’re 68, you may not be looking for some real long-shot challenges. That’s definitely what this was. But he said, OK, I think we can do it, but we’ve got to be real disciplined.”

The essential thing, Hussman said, quoting Sam Walton, was to be a low-cost operator.

Sensing business community support for the new ownership, he quickly built circulation and advertising sales, but the bottom line kept getting worse.

“The more advertising we got, the more money we lost. What’s going on here?” he asked. “This is crazy.” It turned out the variable costs were so high, the numbers got worse as the paper took in more business. “We saw a danger of never making a profit.”

So from 1975 to 1977, a series of National Labor Relations Board elections decertified all of the paper’s labor unions. “We ended up with no unions,” Hussman said. “When we bought the paper, we took all the labor costs for the composing room, the plate making, the press room, everything, and we divided it by the number of pages. Our labor cost per page was over $100. With no unions, that went down to $20 a page.”

Plenty of financial challenges followed, and Hussman talked at length about many. By 1977, the three-year grace period was up, and while losses were down, the Democrat remained unprofitable.

“That’s when we went to the Gazette with the JOA offer,” Hussman said, describing how he studied every newspaper joint operating agreement in the U.S., determined to offer the Gazette “the most profitable JOA in the country for the bigger newspaper.” The Gazette would get 100% of the profits up to its income of the previous year. “After that, we wanted $300,000 a year” to cover the principal and interest on a 20-year note Wehco was paying to the previous Democrat owners. “Once that $300,000 was covered, the Gazette would get 90% and we’d get 10% of the profits.”

Gazette Publisher Hugh B. Patterson turned the offer down, probably calculating that the Democrat would fold anyway. Hussman said he seriously considered pulling the plug.

Instead, he took a close look at second-place papers that had survived in some markets, including Chattanooga and Dallas. He told his father that the family had built a successful media business since 1909, “but this is a spectacular failure.” He wanted one last chance to “try everything.”

The move to morning publication went directly at the Gazette, and Starr goosed the paper’s news metabolism. The paper started printing in color and competed hard for every news story.

But the watershed was his introduction of free want ads for most readers in December 1978. Circulation soared as readers searched the want ads, and ad revenues followed. Still, a flood of newsroom hires and all those additional news pages created yet more losses. “Finally in April of 1984, we made our first profit,” Hussman said.

The Gazette’s Patterson grew weary of the relentless competition and sued the Democrat in a federal antitrust case. After each side spent millions in legal expenses, the Democrat prevailed in a jury trial, and months later Patterson sold the Gazette to Gannett. Hussman recalled that the chain’s CEO, the late Al Neuharth, vowed to use its “deep pockets” to win the market, but over five years Gannett lost $108 million while the penny-pinching Democrat lost perhaps a third of that. With a laugh, Hussman recalled that Neuharth had taken a limousine for the three-block ride from a news conference at the Capital Hotel to the Gazette Building.

The Virginia news chain shifted the dignified Gazette’s tone toward sensationalism. Journalism professor and former Gazette writer Donna Lampkin Stephens titled her book on the era “If It Ain’t Broke, Break It.”

“They were cutting prices and putting UALR cheerleaders on the front page with Spandex, which just horrified Gazette readers,” Hussman said. “I thought oh, no wonder they’re charging half as much. It’s not as good a paper as it used to be.” Gannett did something the Democrat couldn’t do, he said. “They changed in a way that gave the Gazette’s readers a reason to try us.”

Gannett shut down the Gazette on Oct. 18, 1991, and sold its assets, from the printing plant down to the office chairs, to Wehco for $68.5 million. 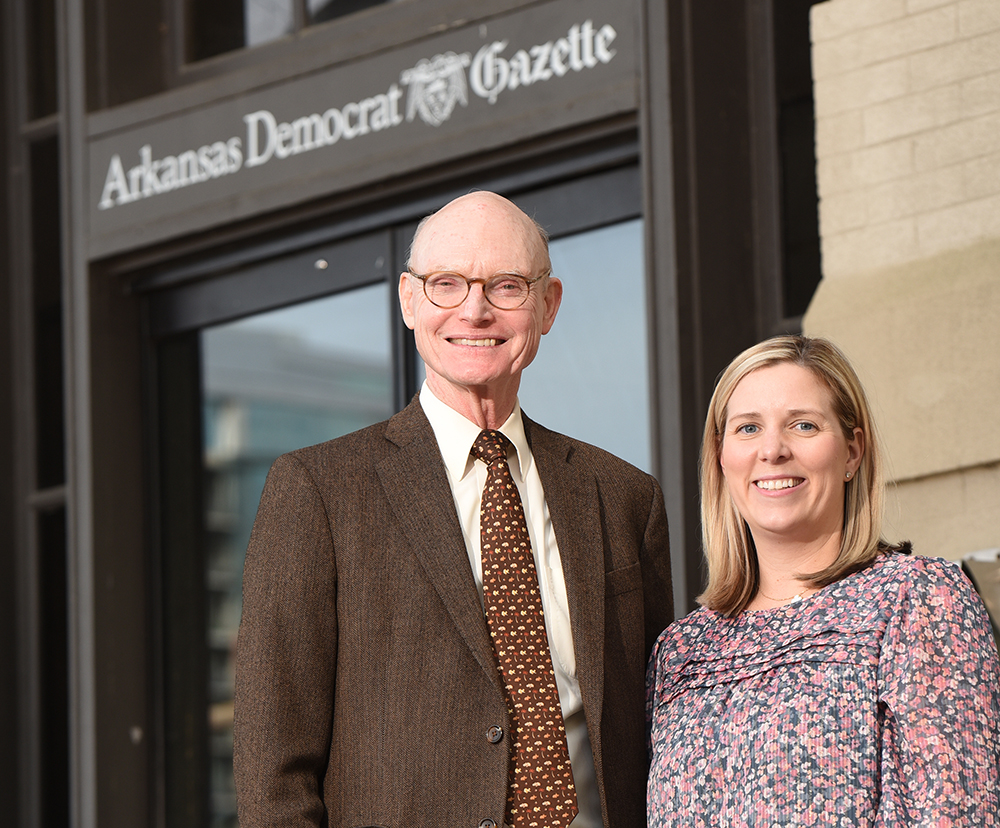 Gaines, Hussman’s heir apparent, said in introducing her father at the Arkansas Press Association event where he made his announcement that at that point, Hussman’s greatest challenge was still decades ahead.

“In 2018, the Democrat-Gazette was at a crossroads,” she said, describing the newspaper industry’s overall peril. “After 20 consecutive profitable years, the newspaper was looking at a loss. My dad knew he didn’t want to sacrifice the quality of the newspaper by cutting pages or newsroom staff. He also knew there was no way print could compete with the economics of delivering content digitally.

“His solution was to stop home delivery of the print newspaper and instead offer subscribers a free iPad,” she continued. “Obviously, he was taking a risk. But he traveled across the state explaining to readers why this was a necessary move. ... Newspapers are not just a business. They’re vital to our democracy, and Arkansas needs a robust, trusted, reliable news source in an era where trust in journalism is slipping.”