“We’ll add more stories,” he said, referring not to square footage but to artistic narratives and voices. “We’ll expand the number of works that we’re sharing. We’ve talked about the idea that we’re expanding our collection into the area of crafts and Native American arts and even into gems and minerals.” 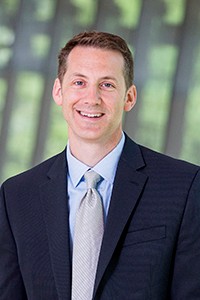 But adding 50% to the original 200,000-SF structure presents a number of challenges, chief among them holding back the water that flows through the valley in which the museum sits.

“Whenever you build in a space where an immense amount of water travels through, it presents many challenges,” Bigelow said. “We are in the process of creating these very large diversion dikes that allow us to have consistency of construction above,” adding, “That’s the biggest challenge right now, is managing the water for this space.”

Scott Eccleston is president of campus planning and facility management at Art & Wellness Enterprises of Bentonville, a professional services company that supports nonprofits founded by Crystal Bridges’ founder, Walmart heiress Alice Walton. AWE facilitates all the construction at the museum and at the Momentary, the museum’s 63,000-SF satellite space in Bentonville.

Eccleston has been involved with the museum since before its opening, joining in 2008 as director of grounds and trails at the 120-acre site. He went on to serve as the museum’s director of facilities and grounds. During that time he oversaw the reassembly of the Bachman Wilson House on the Crystal Bridges grounds. The house, designed by Frank Lloyd Wright, had been located in Millstone, New Jersey, where frequent flooding threatened it, and was bought by the museum to save it. 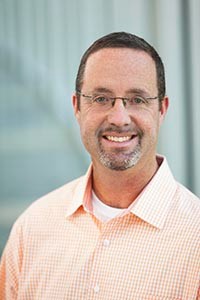 If anyone understands complex construction projects, it’s Eccleston. He called the museum’s expansion “round two. We learned a lot from round one 11 years ago, so we’re using that cheat sheet to benefit this time. But it’s the same issues.

“We’re building in a floodway, so that’s always a challenge. We have been excavating rock for about six months. Those are the knowns,” he said.

“You’re building in a ravine, so most of your construction trailers are off site. It’s a tight site. It’s an important site. And then during excavation we have priceless art within 50 or 60 feet from big, heavy equipment.”

The art may be “priceless,” but values obviously do get assigned to artworks when they’re sold. At Crystal Bridges, those pieces include Georgia O’Keeffe’s “Jimson Weed/White Flower No. 1,” which sold for $44.4 million in 2015, and Asher B. Durand’s “Kindred Spirits,” which Walton reportedly paid more than $35 million for in 2005, the purchase that announced to the world that she was serious about building a museum. With valuations like these, the need to take the utmost care during construction is clear.

Lessons learned during the construction of the museum are proving valuable during its expansion. “A lot of the engineering that made our building waterproof and flood-proof — those are two successes,” Eccleston said.

But Crystal Bridges Museum also emphasized from the start its natural surroundings, building 5 miles of sculpture and walking trails. Bigelow said that of the 10 million visitors the museum has hosted since its opening in 2011, 5 million of those have been to the grounds. Eccleston said maintaining that natural beauty was paramount.

“People come to the museum today, and they’re like, ‘These grounds have been here forever. It looks like you just fit this building in like a glove.’ Trust me, that takes a lot of work to do that,” Eccleston said. “So we’ve carried those same notes and said, ‘Hey, the day we open this building, it’s going to look like it’s been here forever.’”

That means that protecting the stream that flows through the property, the trees and the landscape “are some of the big things we’ve learned,” he said.

Unsurprisingly, supply chain issues present another challenge. “Everybody wants concrete,” Eccleston said. “And basically there is one concrete material supplier, so you are in a queue to schedule that.

“And then glass has gone up 40% in the last year. It’s hard to find. We have specialty glass.”

“It’s not only cost of increase; just trying to get those materials here has been a challenge. But we are starting to see that loosen up,” he said.

The expansion will also allow the museum to double the number of students it accommodates on school field trips from 50,000 per year to 100,000.

“One of our objectives is to really highlight the fact that the museum is a welcoming-all space,” Bigelow said.

The Best of the Best

When asked whether he was able to find enough employees with the right skills to work on the complex expansion of Crystal Bridges Museum of American Art in Bentonville, Scott Eccleston said:

“We believe in picking a contractor that we’re going to hold accountable to find the very best subcontractors.”

Eccleston is president of campus planning and facility management at Art & Wellness Enterprises of Bentonville, a professional services company that supports nonprofits founded by Crystal Bridges’ founder, Walmart heiress Alice Walton. AWE facilitates all the construction at the museum and at the Momentary, the museum’s 63,000-SF satellite space in Bentonville, which is dedicated to contemporary art.

“Flintco, who we are using for our expansion, knows what it takes to pour world-class concrete, to take a Gold Medal award-winning architect’s design and see it through, and there is zero opportunity for sloppiness or just work that doesn’t meet the standards that Crystal Bridges requires,” Eccleston said. “There’s such little tolerance in our building that it really takes the best of the best of the subcontractors.

“And one of the ways that we’ve ensured that we have the best is we sign them up early. We made them a partner in the design, not in the construction, in the design phase. And that led us to having them on board during construction.”

In mentioning the “gold medal award-winning architect,” Eccleston was referring to Moshe Safdie, winner in 2015 of the AIA Gold Medal from the American Institute of Architects, the institute’s highest honor. Safdie designed Crystal Bridges and Safdie Architects is designing the 100,000-SF expansion of the original 200,000-SF building.

During this current phase of construction, the excavation, about 60 workers are on the museum campus. “That will ramp up to about 350 during the concrete work, and when we move inside with the envelope that will increase up to 500,” Eccleston said.