Pharmacies Sue After Opioid Supplier Cuts Them Off

Pharmacies say that one of the country’s largest wholesale pharmaceutical distributors, AmerisourceBergen Drug Corp. of Conshohocken, Pennsylvania, has stopped selling them controlled substances, citing worries about their dispensing practices.

A lawsuit against AmerisourceBergen filed last month by Manes’ Pharmacy Inc., which operates Super-Sav Drug #3 in Van Buren, seeks to have its supply restored after being cut off on Nov. 30, according to court filings.

An evidentiary hearing on Manes’ request for a preliminary injunction is set for Jan. 24 in U.S. District Court in Fort Smith. AmerisourceBergen’s investigations have “made a private company a regulator,” said John Vinson, CEO of the Arkansas Pharmacists Association. 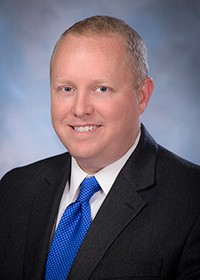 Vinson worries that the pharmacies don’t know what metrics wholesalers are using to determine what constitutes red flags that could get them cut off from critical controlled drugs. “The arbitrary limits are being set by the wholesalers with no clear communication [or] discussion,” he said.

The enhanced scrutiny comes after AmerisourceBergen and the two other major wholesalers, Cardinal Health Inc. of Dublin, Ohio, and McKesson Corp. of Irving, Texas, agreed in February to settle opioid suits filed by state and local governments for $19.5 billion. Part of the settlement included making changes to the suppliers’ controlled substance monitoring program.

AmerisourceBergen said its changes started last summer. “These changes will ensure consistency across the distribution industry,” the company said in a March 2 letter.

Vinson said the settlement agreement doesn’t allow the suppliers to be transparent or to share with their pharmacies “what they’re measuring, how they’re measuring it, and how it’s being implemented.”

Suppliers like AmerisourceBergen “must walk a legal and ethical tightrope between providing access to necessary medications and acting to prevent diversion of controlled substances,” Lauren Esposito, a company spokeswoman, said in an email statement to Arkansas Business. “Greater regulatory guidance on how to execute our responsibility is both welcome and necessary.”

She said that AmerisourceBergen has always tracked and monitored orders of all controlled substances. “If and when our system flags a pattern of ordering that could indicate the potential for diversion ... we evaluate and act when appropriate,” she said.

The company said it’s dedicated to decreasing the diversion of controlled drugs without interfering with doctors’ choices on how to treat patients.

In court filings, the company said some of its concerns with Manes’ Pharmacy included the dispensing of controlled substances for chronic pain therapy prescribed by family or general medicine practitioners and dispensing large quantities of controlled drugs to a dentist. Manes denies any wrongdoing.

The Arkansas State Board of Pharmacy said last week that it hasn’t taken any regulatory actions on Manes’ Pharmacy over any such concerns. “While I am aware of other pharmacies that say they are being cut off or are being told it may happen I am unsure of the specific circumstances,” John Kirtley, executive director of the Arkansas State Board of Pharmacy, said via email.

In December, AmerisourceBergen faced another lawsuit that accused it of not doing enough to stop the opioid crisis. The Department of Justice filed a civil lawsuit against AmerisourceBergen Corp. and two of its subsidiaries, alleging that the companies’ years of repeated violations contributed to the opioid epidemic. The suit accuses them of failing to report suspicious orders from pharmacies and other customers.

Pharmaceutical distributors that sell controlled substances have a legal obligation to monitor the orders they receive from pharmacies and must notify the Drug Enforcement Administration “each and every time they receive a suspicious order,” according to a DOJ news release.

Attorney Albert F. Harris III of Ottawa, Kansas, said that the DOJ lawsuit could be used by Amerisource to further crack down on pharmacies like his client, Annaken LLC, which operates as Sunflower Pharmacy in Overland Park, Kansas. Sunflower Pharmacy sued AmerisourceBergen last year and said that the supplier terminated the pharmacy’s supply of controlled substances in July, effectively derailing the small family business, according to its lawsuit filed in federal court in Kansas.

And some of the pharmacy’s customers might not be able to get their medications right away. “It’s going to have bad health benefits,” he said.

Harris said that he doesn’t believe the wholesalers will cut off the large chain stores. “So the easiest practice for them would be to cut off the smaller pharmacies,” he said. “It looks then like they’re doing something, but they’re not hurting their biggest clients.”

Esposito, the AmerisourceBergen spokeswoman, said the company’s diversion control program applies to all orders across all customers from chains to independent pharmacies.

Harris said that if a pharmacist receives a valid prescription from a licensed physician, it’s the pharmacy’s duty to fill it.

“It’s not really their place to stand out and say I don’t think you should take this,” Harris said. “So it’s a real problem.”