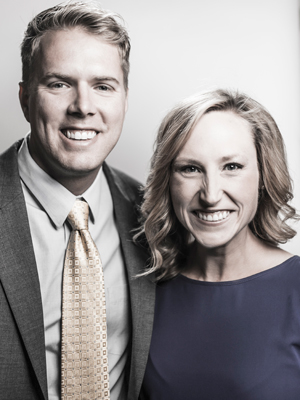 Ashton and Austin Samuelson have harnessed an entrepreneurial spirit to the service of the hungry, both the paying and the poor. Their three Tacos 4 Life restaurants — two in Conway and one in Fayetteville — donate 22 cents toward feeding a child for every meal purchased at the restaurants. That 22 cents, which goes to the nonprofit Feed My Starving Children, is the cost of a meal for a malnourished child.

The Samuelsons met at summer church camp before their junior year of high school, Austin in Vilonia and Ashton in Arkadelphia, and they both graduated from Ouachita Baptist University.

They moved to Los Angeles after college, Austin working in real estate and Ashton teaching at a private Christian school. In southern California they confronted extreme wealth and extreme poverty and started learning about the hungry and the homeless.

After returning to Arkansas, where Austin worked for a homebuilder and Ashton taught school, they searched for a way to combine their love of restaurant dining with their desire to alleviate childhood hunger. The Toms Shoes nonprofit giving model — one pair given to a needy child for each pair sold — sprang to their minds, and they decided to open a restaurant. That was Pitza 42, opened in 2011 in Conway, which has since evolved into Tacos 4 Life.