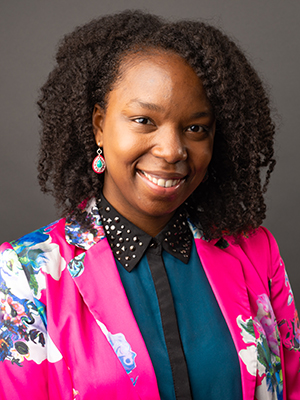 Ngozi Brown has wanted to create spaces that make people happy since she was 4 years old. As a 10th-grader, she shaped that dream further, deciding then to become an architect.

She didn’t enter the workforce after earning her bachelor’s; life had other plans. Brown married, started a family and was a stay-at-home mom for 10 years, then sought dual licensure as an architect and interior designer. She was the second black woman licensed as an architect in Arkansas.

Brown worked as a consultant and at WER Architects/Planners before Woods Group Architects recruited her.

She opened her own firm, NOB Architecture & Design, in March, to take on smaller projects than those for which Woods Group competes. NOB is already renovating buildings at the University of Central Arkansas and working on a gallery/studio for artist Rex DeLoney.

Brown likes to build for function and serve clients by saving them money and offering advice without telling them what they want.

She also serves on the Architecture & Design Network and studioMAIN boards and as a volunteer docent for the Arkansas Arts Center.