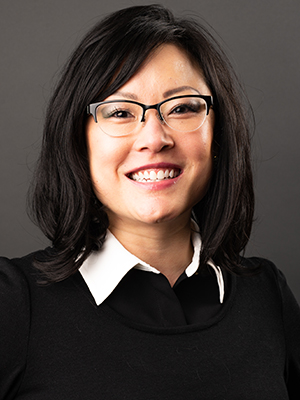 Jane A. Kim was born and raised in the Chicago area, but after attending law school at the University of Arkansas at Fayetteville and clerking at Wright Lindsey Jennings, she decided to move to Little Rock and make the Wright firm her professional home.

Kim is proud of becoming a partner at the firm, a status she achieved in 2013. Staying in Arkansas, where she had no family, was “a huge decision,” she said. “But that’s how much I enjoyed working at the firm and the people that I work with.”

At WLJ, her practice focuses on employer defense law. Kim, who studied journalism at the University of Missouri, enjoys learning about different Arkansas businesses. “That’s what drew me to my practice because there’s an investigative part to it.”

She is a graduate of the Little Rock Regional Chamber’s Leadership Greater Little Rock program and has served on the boards of the Arkansas Judges & Lawyers Assistance Program, which helps legal professionals with addiction and mental health issues, and the Volunteer Organization of Center for Arkansas Legal Services.

Her parents, their friends and others like them, who immigrated to the U.S. in the 1970s from South Korea, are an inspiration to Kim. “Because of what they did and the sacrifices they made to create a life where their children do not have to think about moving to a different country to better themselves — I respect that generation and those people who have done that. When I think about that, that’s why I work hard. I want them to be proud of me.”