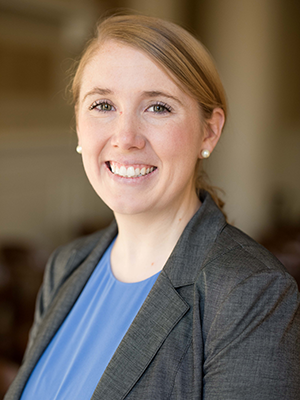 When she’s making hard decisions, Sarah Moore said, she keeps the following in mind: “what makes sense for a student and how can we provide more opportunities for all students in the state.”

Moore, appointed to the Arkansas Board of Education by Gov. Asa Hutchinson in 2018, has served during a tumultuous time. In December, the board approved the plan for reconstituting the Little Rock School District, which had been under state control since 2015.

Moore, who grew up in Little Rock, is a product of the LRSD, in which, she said, she received an excellent education. Before being named to the Education Board, she served as Hutchinson’s education policy adviser, focusing on K-12 issues. She’s proud of her tenure in the governor’s office, but she’s proudest of participating in the Teach for America program. Moore taught fourth grade, and seeing students advance, particularly in reading, is “what I’m most proud of.”

She has a lot of mentors and heroes, Moore said, but cited two in particular: Hutchinson and her grandmother Janet Burks, a lifelong elementary school teacher “who showed me the importance of education.”