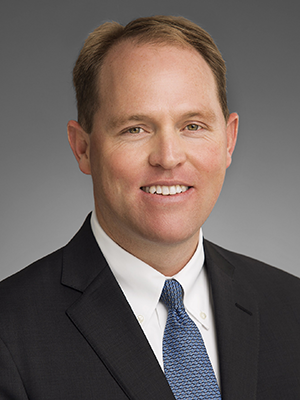 While completing coursework on a bachelor’s in finance with an emphasis in banking, Daniel Robinson was unsure about whether he wanted to pursue a banking career.

But after graduating from the University of Arkansas at Fayetteville in December 2005 and then joining Simmons Bank, the Pine Bluff native was all in.

He entered the Simmons training program to become a commercial lender, starting as a teller in Pine Bluff followed by more bank operations training in Fort Smith.

In 2007, Robinson moved to Jonesboro, where he worked for 10 years, advanced to become a commercial loan officer and ultimately northeast Arkansas market president in July 2014. He was named regional community president in Pine Bluff in 2018.

Robinson is campaign chair of the United Way of Southeast Arkansas, a member of the affiliate review and marketing committees of the Jefferson Regional Medical Center and an advisory board member of the Pine Bluff Parks & Recreation Department. Previous service includes the Arkansas Bankers Association Emerging Leaders Council, where he served as president in 2014.