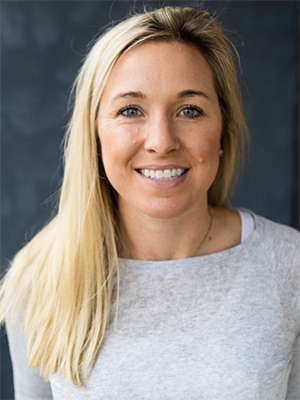 It should be no surprise that April Seggebruch is a 40 Under 40 honoree; the surprise is that it has taken this long.

“I like to fly under the radar,” Seggebruch said.

That really isn’t possible, though, with Seggebruch’s record of success. She is the co-founder and COO of Movista, a retail software company, and co-owns the Bentonville restaurant Tusk & Trotter as well as an ice cream shop and a pizza joint.

“The No. 1 secret is to surround yourself with high-caliber people, folks smarter than you and just as driven as yourself,” said Seggebruch, a two-year letterman for the University of Arkansas women’s basketball team.

Seggebruch earned an undergraduate degree in marketing and an MBA from the university. While in graduate school, she met Stan Zylowski, who co-founded Movista and the restaurants with her.

Seggebruch said she almost chose a school other than the UA, creating a what-if scenario. “I don’t know what I would be doing,” Seggebruch said. “I’m sure it would be fun and interesting, but it wouldn’t be as crazy as all the stuff we have gotten ourselves into the past 10 years.”