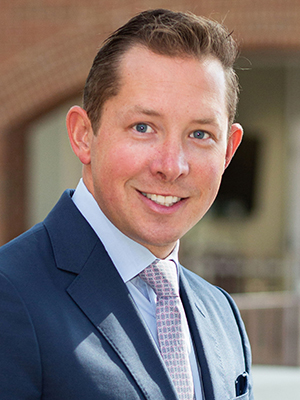 Lee Strother found his way into a commercial real estate career via banking. After seven years with the Little Rock office of Colliers International, Strother was named a principal in 2015.

Strother joined the firm as an associate broker in 2008 after working two years at Fayetteville’s Signature Bank of Arkansas, where he rose from trainee to loan coordinator and developed an interest in commercial real estate.

Before that, Strother worked summers from 1999 to 2003 at Little Rock’s Central Mortgage Co. He graduated from the University of Arkansas at Fayetteville in December 2005 with a bachelor’s degree in finance with an emphasis in commercial banking.

Strother, a board member of the Boys & Girls Club of Central Arkansas, has chaired the group’s golf classic fundraiser for the last four years. He also is a volunteer for Ballet Arkansas, co-chairing its 2017 Turning Pointe Gala.

A graduate of the Leadership Greater Little Rock Class XXVII, he served as the 2011 corporate donations chairman of the American Lung Association’s Fight for Air Stair Climb.