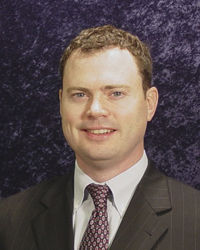 Robbins' many positions in the company have led him to his current position of vice president, where his work has benefited employees not just at DataPath. Robbins, 37, developed the mySourceCard, which allows employees to directly access money set aside by their employer-sponsored benefit plans.

He also pioneered the myResourceCard. The card has become a major health care payment platform for many companies throughout the United States. Robbins called his success with that project one of his greatest accomplishments.

Robbins said his greatest challenge is "taking complex issues and trying to create the simplest solutions possible from a software and services perspective."

Robbins serves on several boards, including the boards of DataPath Inc. and several of its subsidiaries and Granite Financial Services Inc. Robbins is also involved with the Employers Council on Flexible Compensation and is a founding member of SIGIS, which aims to standardize systems and processes associated with health benefit payment cards.

Robbins said his motto is "make each day better than the last."