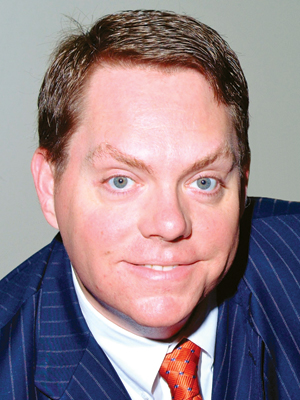 Matthew Glass, 34
President and CEO
Fidelity Insurance Group
West Memphis
Matthew Glass had what he said was a “cookie-cutter-perfect life,” but even a man in the insurance business couldn’t ensure it would stay that way.

Being thrust into a life filled with visits to the Department of Human Services, he said, “opened me up to a whole new world of people living in poverty. At DHS you see things you’re not exposed to; you’re around a whole new demographic.”

He is also active in the West Memphis community, where he serves as director of the board for the Mid-South Community College Foundation and treasurer of the Chamber of Commerce and Rotary Club. “I know I can make my community better and the only way is to be involved in it,” he said.

His commitment to service extends to his more than 1,500 clients at Fidelity Insurance Group, where he has helped double revenue since he joined the company four years ago.

“I knew we had to do a better job of serving the people of Crittenden County and all over the state of Arkansas,” he said. “If your main goal is to help someone, the dividends that it pays are infinite.”