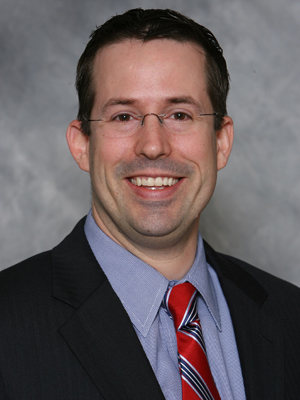 “I’m the guy that people go to when the IRS or the DF&A is at their door,” he said. “A lot of times I’m the guy with the shovel and the wheelbarrow going behind the elephant. I fix bad problems, keeping people out of jail, keeping businesses from closing.

“Ideally, my clients come to me far before these things happen. But the odds are people come to me when things are bad and they need somebody to give them advice, someone who’s been on the inside.”

Janik, whose grandfather came to the U.S. in his teens with little but a work ethic, put himself through college, law school and the LLM in taxation program at Georgetown University Law Center.

He then joined the U.S. Justice Department, where he prosecuted cases for the IRS and received the U.S. Attorney General’s Outstanding Attorney award in 2005 and 2006. Now he puts that experience to work on behalf of his clients.

“My family is hard-working stock," he said. "When I grew up they had a strong ethic of ‘You need to raise up yourself in this world. You need to do things on your own.’”

But that self-sufficiency didn’t make Janik selfish. It made him grateful.

“Now when I’m in a position where I can give back, I do," he said. "So one of the ways I give back is directly to Arkansans in need through the Arkansas Foodbank.”

He has weeded the garden at the food bank and harvested the tomatoes, collards and peppers.

“You don’t have to be the smartest guy in the room. It’s most important to be the hardest worker in the room,” he said. “I think that hard work makes up for a lot of things.”