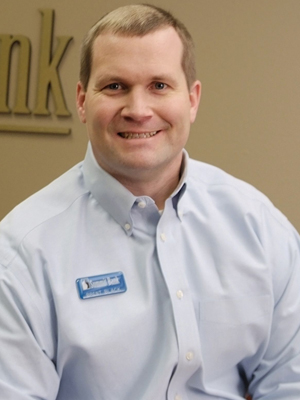 Brent Black, 37
Executive Vice President and Chief Financial Officer
Summit Bank
Arkadelphia
Brent Black has been a numbers guy since his days growing up in Benton. A certified public accountant, Black plies his trade in the banking realm.

His career path turned to banking while he was doing audit work in Little Rock with the accounting firms of Howland & Norris (1998-2001), where he rose to senior accountant, and Ernst & Young (2001-03), where he worked as a senior accountant focusing on financial institutions.

Black joined Southern Bancorp in Arkadelphia as controller in 2003 and was promoted to CFO two years later. He added senior vice president to his titles in January 2011, four months before leaving to join Summit Bank.

During his tenure at Southern, total assets at the bank grew from $300 million to $1.2 billion.

Black is a 1998 graduate of Ouachita Baptist University in Arkadelphia, where he received a bachelor’s degree in accounting.

He serves on the board of directors of the KIPP Delta Charter School in Helena, the Wesley Foundation at Henderson State University/OBU in Arkadelphia and the Arkadelphia Rotary Club.

Black is a past board member of the Community Development Bankers.

Association in Washington, D.C., a 2009 finalist for the Arkansas Business CFO of the Year Award and a graduate of the Leadership Arkansas Class II. “I’ve been pretty fortunate to work under Phil Baldwin at Southern Bancorp and Ross Whipple at Summit Bancorp,” Black said. “Both of those guys are some of the top bankers in the state.”