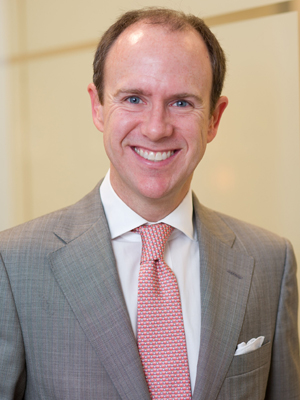 Chad Carlson, 38
Vice President
Delta Trust Investments
Little Rock
Chad Carlson was on the brink of pursuing an advanced degree after he received his bachelor’s degree in telecommunication graduated in May 1995 from Baylor University in Waco, Texas

But Carlson realized his disposition was better suited for a less technical career path, one that involved more human interaction.

“I wanted an opportunity to work with and help people,” he said.

While sorting out his options, Carlson worked for a year in Richmond, Va., as a regional director for the Sigma Phi Epsilon fraternity. He then moved back home to Little Rock and joined Morgan Keegan & Co. as a financial adviser in August 1996.

Since early 2001, Carlson has plied his trade as a certified financial planner with Delta Trust Investments.

Among his favored credos is one from Zig Ziglar: “You can have everything in life you want if you will just help enough other people get what they want.”

He also serves on the board of directors of the Arkansas Chapter of the Financial Planning Association and is the group’s public awareness chairman.

Carlson has served as a Little Rock Regional Chamber of Commerce Ambassador and is a graduate of Leadership Greater Little Rock Class XXV.

He is past president of the Arkansas Children’s Hospital Committee for the Future and a past member of the ACH Foundation Board and Corporate Board.

While a member of the Community Council at the Little Rock Air Force Base, Carlson serves on the board of directors of the Arkansas Chapter of the Financial Planning Association.

Among his work with the FPA, he also serves as the state chapter’s Public Awareness chairman.