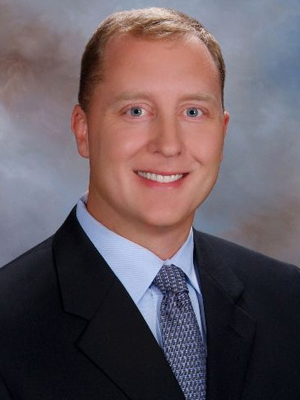 David Druey, 39
Division President
Centennial Bank
Conway
David Druey took some side trips en route to a banking career that is at 14 years and counting. “I got in there and found I wasn’t half bad at it,” he said. “The thing I enjoy about it is the variety. You literally never know what’s coming your way, and I enjoy the challenge of meeting a customer’s needs while protecting the bank’s position.”

Druey received a bachelor’s degree in public administration from the University of Mississippi in 1994. After college, he worked as a scuba diver instructor in Memphis for a year before returning home to Madison, Miss., to join his family’s commercial playground equipment company.

Two years later, Druey entered banking with Norwest Financial Corp. in Jackson, Miss. In 1998, he was hired as a loan officer by First National Bank in Conway and moved to First State Bank of Conway when it was launched later that year.

In October 2009, Druey rose to Conway division president of the renamed Centennial Bank. He succeeded Randy Sims, who moved up to CEO of Home BancShares Inc., Centennial bank’s parent company.

Druey currently serves on the Conway board of directors of the Women’s Shelter and The Call, a group that helps find foster parents for children. His past service in-cludes a stint as president of the Conway chapter of the American Red Cross and the Conway Regional Foundation Board.

Druey considers Randy Sims a mentor because of “his ability to balance his family life with his business life. He’s been successful with both.”