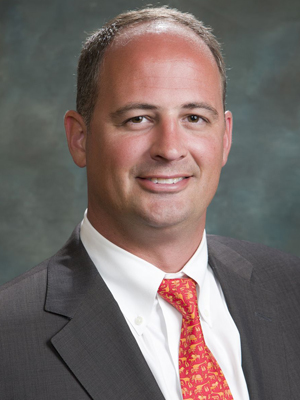 J. Carter Fairley, 38
Director
Barber McCaskill Jones & Hale PA
Little Rock
When Carter Fairley was named a director at the Barber Law Firm in 2007, he was then the youngest director of the firm in 30 years. He has compiled a record that includes having served as lead counsel in more than 30 jury trials and never having lost a jury trial.

Fairley honed his litigation skills while working as a deputy prosecuting attorney in the 18th East Judicial District of Arkansas.

Law runs in his family. His father is Lindsey Fairley, a former judge who at 74 is serving as a deputy prosecutor in eastern Arkansas.

“I grew up the son of a judge. He put the fear of God in me that if I ever did anything to jeopardize the Fairley name I’d regret it. So I tried to be on my best behavior — or at least not get caught if I was doing something I probably shouldn’t,” Fairley said, chuckling.

At the Barber Firm, Fairley has earned acceptance into the Trucking Industry Defense Association and sits on the Transportation Committee of the Harmonie Group, a national association of defense counsel. Outside the firm, Fairley is a member of the board of the Arkansas Repertory Theatre.

Fairley said he learned in high school a lesson about teamwork that resounds in his career today. He was an accomplished soccer player who’d earned a four-year scholarship to play in Division 1. But Fairley damaged his knee during Olympic training exercises.

Some members of his club team in Memphis defected to start a new club. The team members who remained loyal went on to beat the defectors for the team’s record sixth state championship, Fairley said.

“We developed this saying we used as our senior quote, and it’s kind of been a motto by which I’ve lived ever since: ‘An individual can make a difference, but a team can make a miracle.’”