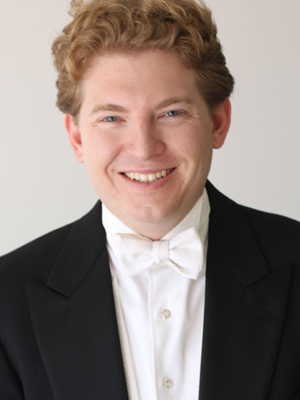 Yet as a small child he’d cried when his mother’s flute students played the wrong notes, and he started playing the violin at age 5.

That might not have been unusual, considering that his mother was an orchestral flutist and soloist, his father was a band director and his stepfather an oboist, music professor and professional conductor.

Mann took Arizona State University classes on a range of subjects, including astronomy and philosophy.

In the end, music won his focus.

“I was reflecting on the impact that my stepfather had on my community [of Durango, Colo.], particularly how his conducting and his work as a music educator made a profound difference in our entire region. I always thought that if I could make a difference like that, I’d be very lucky,” Mann said.

He studied music further at Indiana University and Oxford University, and eventually worked as associate conductor of the San Diego Symphony.

He took charge of the Arkansas Symphony Orchestra in 2010.

“Arkansas represented an opportunity to steer an entire organization artistically, but also to influence our audiences in the entire state,” he said.

Mann worked with ASO’s staff to bring financial stability to the struggling symphony and to expand ASO’s community engagement.

He has embraced a role as advocate for arts education, speaking to clubs, performing children’s concerts and taking the orchestra to play across the state.