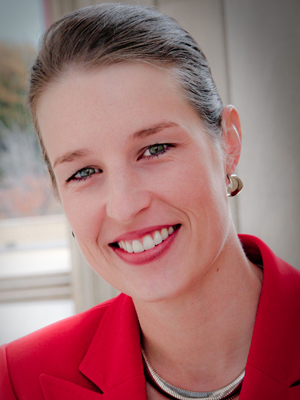 Hall, who is a Sheridan native, has worked for the Little Rock Convention & Visitors Bureau since 2001.

She started at the LRCVB as an event coordinator and later took on roles as director of destination meetings and convention services, as well as director of merchandising and communications, before she landed in her current position as president and CEO last year.

Hall’s competitive basketball playing at Lyon College in Batesville and some related sports event planning have done much to guide her career path. For example, she volunteers annually to organize a high school girls basketball showcase and fundraiser in central Arkansas.

She organized tournament fundraisers while she was a college student and got her first post-college job before graduating. She served as a tournament coordinator for USA Hoops Inc. of Dallas until deciding she couldn’t sustain dividing her time between Dallas and Phoenix offices.

She then returned to Arkansas to work for the LRCVB, an organization that, Hall discovered, offers outlets for her to pursue her interests in marketing, communications, public relations, sales and travel, while introducing her to a new love: tourism.

Plus, her sports experience has made hosting athletic events in Little Rock natural.

“I understand, logistically, their needs. That has definitely helped on the operations side and on the selling side,” Hall said.