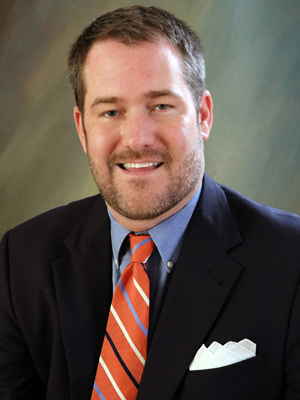 Ken Dover, 39
Executive Broker
ERA Rushing McAdams Polychron Realty
Hot Springs
Kent Dover traces his interest in real estate back to his youth growing up in England (Lonoke County). But he didn’t enter the profession until after his parents started their own post-retirement business in Hot Springs in 2000 with Rushing Realty & Auction Service.

“Real estate has always been fascinating to me,” Dover said.

He was named Realtor of the Year by the Arkansas Realtors Association in 2011 and is serving his fourth year on the group’s board of directors.

Dover is among the top sellers in the Hot Springs market, averaging more than $6 million worth of property annually.

Before starting his real estate career in 2003, he worked in Little Rock at the University of Arkansas for Medical Sciences as a research assistant in the psychiatry department (1996-99) and in Texarkana, Texas, at EZ Mart in the accounting department (2000-02).

Dover received his bachelor’s degree in psychology from the University of Arkansas at Little Rock in 1996 and a master’s in business administration from Texas A&M at Texarkana in 2003. He admires the business acumen of real estate mogul Barbara Corcoran.

“She is compassionate but is fairly fearless and isn’t afraid to bend the rules,” Dover said.

His volunteerism includes serving on the board of the Garland County Humane Society, participating in a Habitat for Humanity build, leading a holiday toy drive for Jackson House and raising funds for his company’s annual Relay for Life miniature golf tournament held each May.

Dover also participates in the Annual Cans for Kids Chili Cookoff, sponsored by the Hot Springs Board of Realtors.