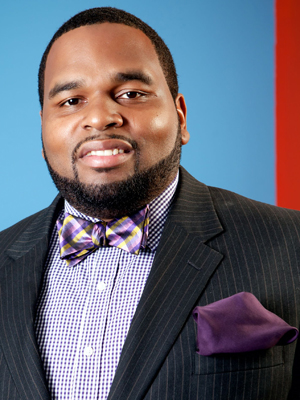 Korry Garrett, 35
Co-Owner/Executive Broker
Sandstone Real Estate Group
Conway
In 2006, when many people were fleeing the real estate industry, Korry Garrett made his first sale and it was to his mother, a first-time buyer.

“It was the greatest feeling ever,” he said.

Originally from Forrest City, Garrett moved to Conway to attend the University of Central Arkansas, where he graduated with a bachelor’s degree in family and consumer sciences. He went to work at the Department of Human Services’ Division of Children & Family Services.

In his five years at DHS, he said, he came to realize he couldn’t save all the abused and neglected children with whom he worked, but if he was able to help one or two it was worth the effort.

He took another job and went on to get a Master of Business Administration from the University of Phoenix.

But Garrett said he knew his role was to help people, something he gets to do selling real estate but also through his volunteer work as a mentor at Conway Cradle Care, which provides role models for young parents enrolled in the Faulkner County School District, and through service on the advisory committee for CASA, the Court Appointed Special Advocates for children program.

Shortly after that first sale, Garrett teamed up with Greg Hunt to open Sandstone Real Estate Group with the motto “A Smart Choice for Real Estate.”

Their idea for the business was to focus on educating everyday people on the homebuying process, through homeowner workshops and meetings with individuals for credit and consumer counseling.

“I’m big on education. I want to educate people on the homebuying process, so there are no surprises and when the bumps in the road come they are better equipped to handle them,” Garrett said.