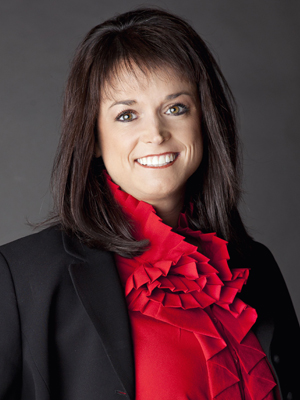 But while the native of Winona, Miss., was studying graphic design for journalism at the University of Mississippi, she became interested in health care. After stints in architectural design and working at the Jonesboro Regional Chamber of Commerce, Pickens jumped into health care marketing and is now vice president of marketing and public relations for St. Bernards Healthcare in Jonesboro, which is the parent company of St. Bernards Medical Center.

“I feel like I’m doing what I was intended to do,” the 36-year-old said. “I’m helping people stay healthy.”

She said she had several role models in her career, including Dr. William C. Young, who was the president at Healthcare Medical Group when she worked there to help design and develop marketing campaigns. Pickens said she adopted his health care philosophy that “it’s all about the patient.”

She joined St. Bernards in 2007 and assisted in the development and marketing of the Matthews Medical Mile, a health care destination that features more than 110 medical businesses on a mile-long strip in Jonesboro.

Pickens also is involved with health care issues away from the office. She’s serving her second term as the president of the Arkansas Society for Healthcare Marketing & Public Relations, which is a division of the Arkansas Hospital Association.

In 2008, she was president of the board of directors of the United Way of Northeast Arkansas.

Pickens believes that “every day is a gift and we should all live life to the fullest.”