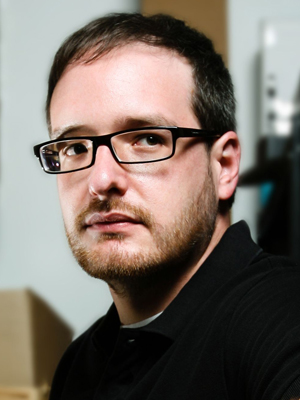 Matt Carnes, 31
CEO
Carnes Audio Visual
Little Rock
If you've ever wanted to talk to your house, Matt Carnes is making it happen.

"I've always enjoyed technology," Carnes said. "The first piece of electronics I got when I was 8 years old was a multi-track recorder. I fell in love with the recording industry and technology in general."

Carnes attended SAE Institute of Technology in Nashville, Tenn., and then worked in recording until he moved back to Little Rock so his wife could attend law school.

"I couldn't find work in the recording industry in Little Rock, so I took that passion for technology and expanded my horizon into home automation," he said.

In 2010, Carnes founded Carnes Audio Visual, which performs turnkey home entertainment and home efficiency packages, including everything from audio-video to heat and air to garage door controls.

"We can tie your car into your house so when you press the garage door button, the lights turn on," he said. "We can tie into your irrigation systems and your camera and security systems to recognize the trends in your home, like when you turn your lights on and off. Then we can repeat that schedule while you're on vacation."

Most recently, in a weekend marathon of coding, Carnes created a way for the iPhone 4S' Siri voice recognition program to link with Crestron home automation systems.

"You can pick up your phone and tell Siri: 'Turn on the lights in the kitchen,'" Carnes said. "You can say, 'I want to watch ESPN in the living room,' and she'll know to turn on the TV, surround sound and kick to the cable box. You just simply ask for what you want and she delivers."

Carnes has installed the system in a few homes and said it's been "wildly popular" with clients. He said he's working on hardware to evolve it past working solely with Apple phones.

Carnes believes in a simple mantra: Do the right thing.

"No matter what the problem is, if you look deep inside, you'll know the answer to any problem," he said.