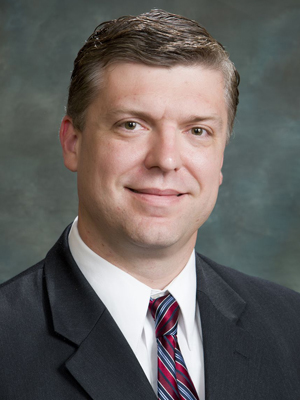 Marshall McKissack, 38
Managing Director of Mergers & Acquisitions
Stephens Inc
Little Rock
Marshall McKissack graduated from the University of Arkansas at Fayetteville in May 1996 and started a two-year financial analyst training program at Stephens two months later. He hasn’t budged from Stephens since, although he’s certainly no trainee after 16 years.

Instead, he directs one of the most high-profile departments in the company, mergers and acquisitions, having studied at the feet of Kevin Wilcox and Noel Strauss after cutting his teeth in financial modeling and analysis.

M&A is one of the investment banking services that Stephens offers to business clients. The six members of McKissack’s team work for both buyers and sellers on transactions valued from $25 million on up.

“Our bread and butter is $50 million to $300 million,” he said, “but we also advise and work on multibillion-dollar transactions. We’ve done about 15 of those over the past seven or eight or nine years.”

At any given time, the team is working on six or eight potential transactions, McKissack said, but the M&A business is very sensitive to economic ups and downs. The recent recession has been by far the most severe in his career because sellers weren’t willing to settle for lower prices and buyers weren’t interested in taking on additional risk.

2011 was a better year for mergers and acquisitions, although valuations have not returned to their 2007 peak. And 2012 has gotten off to a slower start, he said.

Outside the office, McKissack serves as chairman of Soaring Wings Ranch, a Christian residential program for children near McKissack’s hometown of Vilonia (Faulkner County). He is also active in Liberty Church of the Nazarene in Faulkner County and will spend part of his summer helping build a church in Guatemala.