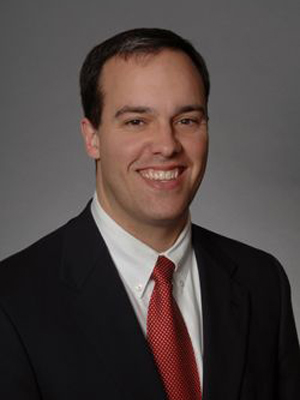 “The first thing I learned in law school is that a lot of folks don’t like their lawyers because the lawyers don’t communicate, and I do,” Wilson said. “I’ve found that our system isn’t perfect, so I do have to give clients bad news, but if I have to give them bad news they take that much better if they’ve been informed throughout the process.”

One of those nominating Wilson to the “40 Under 40” honor wrote that Wilson “is responsible for growing the firm’s construction practice into one of the premier construction law practices in the state.”

He leads the Wright firm’s Stewardship Committee, which determines what charitable causes the firm will support. Wilson also served as president of the Catholic High School Foundation board of trustees in 2010 and continues, as he has since 1999, to raise funds for the American Heart Association’s Heart Walk.

“I learned a lot from him about community involvement and service to your customers or your clients.”