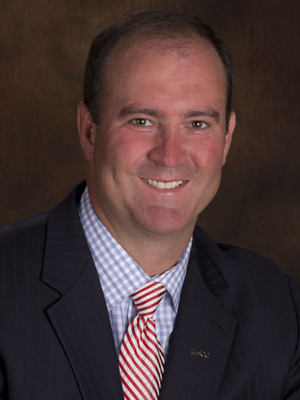 Wilson said he's never looked at age as a barrier. The skill he brings as a president, he said, comes from his experience as a teacher, an administrator and a leader in student affairs.

"If it's a three-legged chair, I've been all three legs," he said. "I've been exposed to all areas of an institution."

Wilson joined Rich Mountain Community College in Mena in 2000 as an instructor of computer systems technology. Wilson grew up near Mena and returned to the small town after earning his MBA at the University of Arkansas at Fayetteville and working in Dallas for a short time.

"There was an opportunity to teach a class here at the community college," he said. "I stayed in the classroom for approximately five years, then had the opportunity to move to administration."

Wilson became president in September. He said his success as an administrator is linked to his experience with the local communities.

"I understand the people of Polk County, Scott County, Montgomery County. I grew up there, on a map dot," he said. "I wouldn't say I've earned my title, but I've been able to speak the language of our local citizens."

Wilson believes a community college is a career springboard for rural residents.