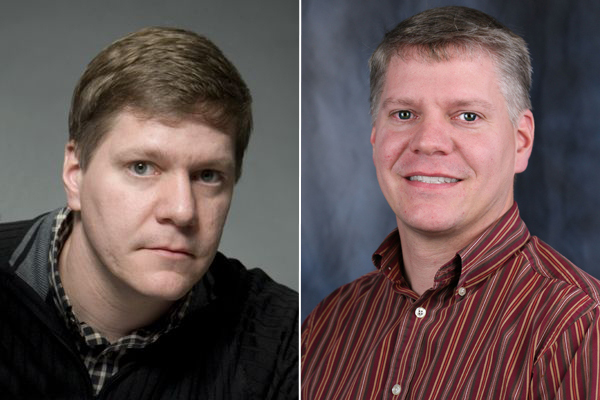 They are Arkansas' first joint 40 Under Forty honorees.

"I like to say that working in lasers is genetic," Walter said.

He started in sales at age 16, building his experience in both sales and marketing for many years at various companies until finally returning to the family business, where he's been for 15 years. He is now vice president of sales.

William began his career at Power Technology in the quality department, moving to IT, then to production management. Now, as vice president of operations, he is responsible for operations, including procurement, shipping and receiving and accounting.

Power Technology was founded by their father, Thomas Burgess, in 1969.

Lately, William has been working on the international trade aspect of the business.

"I just got back ... from a trade mission to Southeast Asia," he said. "I visited Japan, Singapore and Malaysia, meeting with about 10 companies, trying to pick a distributor in Southeast Asia."

"That's something we're still leveraging today, that hopefully gives us a competitive advantage over folks that haven't yet implemented," he said.

Walter said he's especially proud of Power Technology's contract with the U.S. military, which he said was a "hard-fought battle, because it took more than a year of engineering to win that contract. That would probably be the one I'd hang my hat on."

Outside of Power Technology, Walter is a big proponent of science education.

"Both William and I are really well-engaged with both UCA and UALR in their science departments," Walter said. "I also sit on the board for the Arkansas STEM Coalition."

William and his wife, Melissa, are active with Habitat for Humanity.

"I partnered with her for some fundraisers for a couple of years," he said. "We worked on a silent auction for a Halloween ball and raised up to $10,000."

William sits on a number of academic boards and advisory councils. Most significantly, he is vice chairman of the Arkansas District Export Council.

Walter said he's working to start a photonics cluster: an alliance of companies, including Power Technology, that make anything from LED to lasers to cameras. The state, he said, has 13 such companies that lack a significant, unified voice.

"What I'm trying to do right now is join those 13 together," he said. "We have what we estimate to be a $77 million economic impact."