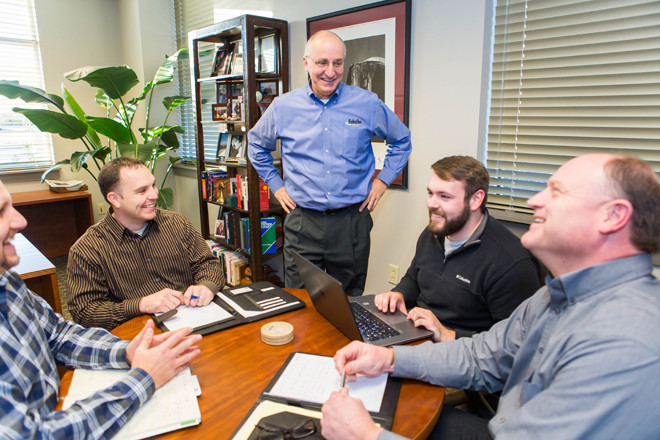 Information technology firm Edafio Technology Partners LLC of North Little Rock has grown by leaps and bounds since its start in 1999, and President and CEO Keith Woodruff says that is due in no small part to its core values.

He said those values are committing to client success, unquestionable integrity and being one team with humility and respect. The company hires employees who share those values and are also talented problem-solvers, Woodruff said.

The firm had five employees when it was founded and now has a staff of 45.

In November, the firm broke ground on a new building in the Northshore Business Park, where it has been a tenant, and hopes to move into it by July 1. Woodruff said it will be 8,550 SF, almost double the current office’s size, and Edafio has the ability to add another 8,000 SF on the same property when needed.

The firm also opened a Conway office on Dec. 1 and a northwest Arkansas office in Rogers in 2014. Woodruff said the company is optimistic about growth in that “booming” region and sought to establish its brand and identity by having a presence there.

The new headquarters, however, is important because being new, within 100 yards of the Arkansas River Trail and having outdoor space in which to do things like play Frisbee and soccer will help attract the millennials Edafio needs to continue growing, Woodruff said.

The firm has also been successful because it has adapted to change in the industry.

Woodruff said that the most recent change has been the need to aggressively pursue cybersecurity business to protect clients and train them to protect themselves. Edafio is looking to build up that side of the business in the future, in addition to helping its clients who transition to using cloud and hybrid cloud environments, he said.