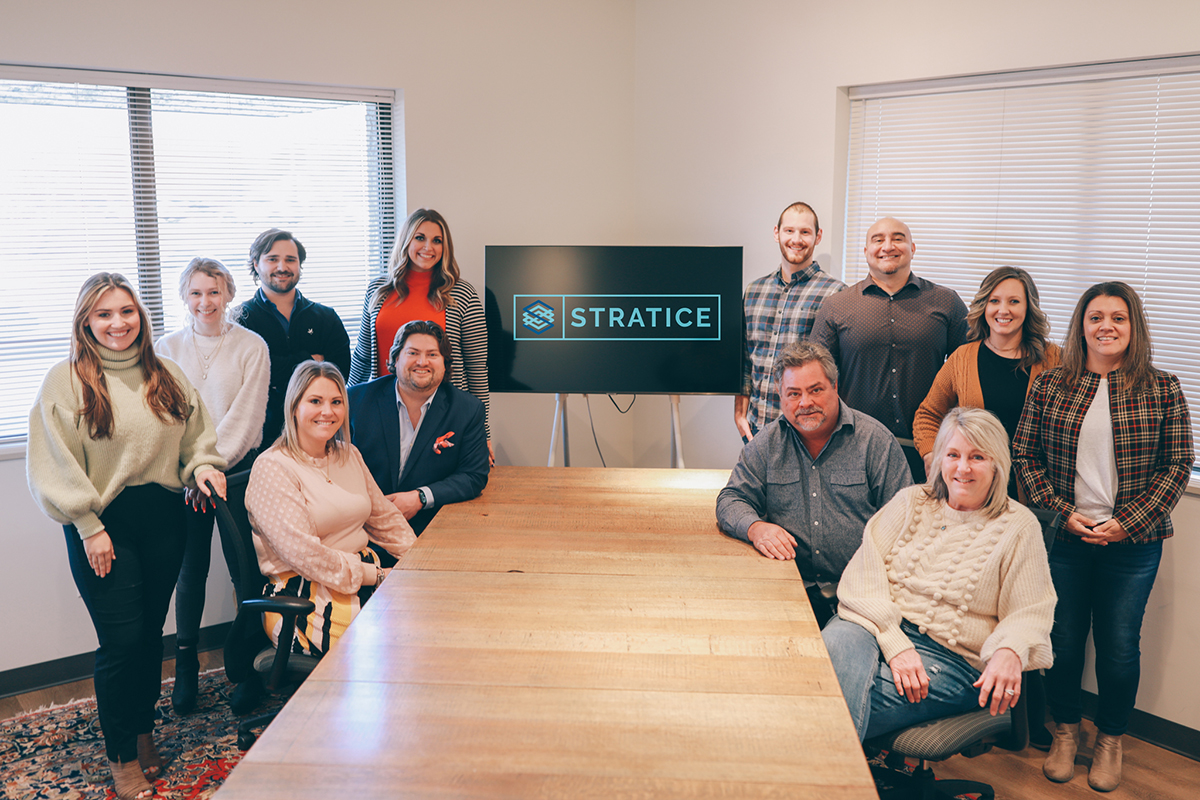 Stratice LLC of Bentonville likes to talk about its employees thinking outside the box when working with its clients.

That came in handy during the COVID-19 pandemic when safety protocols and social distancing wreaked havoc on business operations. Stratice, a talent management company, specializes in the IT industry.

“The Great Resignation and all that crazy stuff — it has been crazy for us,” Stratice co-founder Jordan Franklin said. “We do high-level placement so it has not been so crazy. When everybody got sent home, it was OK because our guys were the ones making sure everybody could be sent home. Our guys were the ones making sure everybody’s computers were secure enough to work from home.”

Stratice was founded in 2015 in Montgomery, Alabama, by Franklin and her husband, Scott. It is now a certified woman-owned business, led by Jordan and her mother, Robin Hampton, while Scott is the COO and her father, Chris Hampton, is the company’s chief strategy officer.

“Robin and I are majority owners and we boss Scott and Chris around,” Franklin said. “That’s how that works.”

“We had a really good 2021, and we’re hoping omicron stays away so not everyone will freak out again,” Franklin said. “Everyone got to a point where people said we still have to work and live.”

Franklin said Stratice’s difference is that its recruiters sit down with clients and prospective employees to establish a relationship so that each hire is a cultural fit. Franklin said Stratice has moved to direct hiring for companies as they try to get back to pre-pandemic numbers.