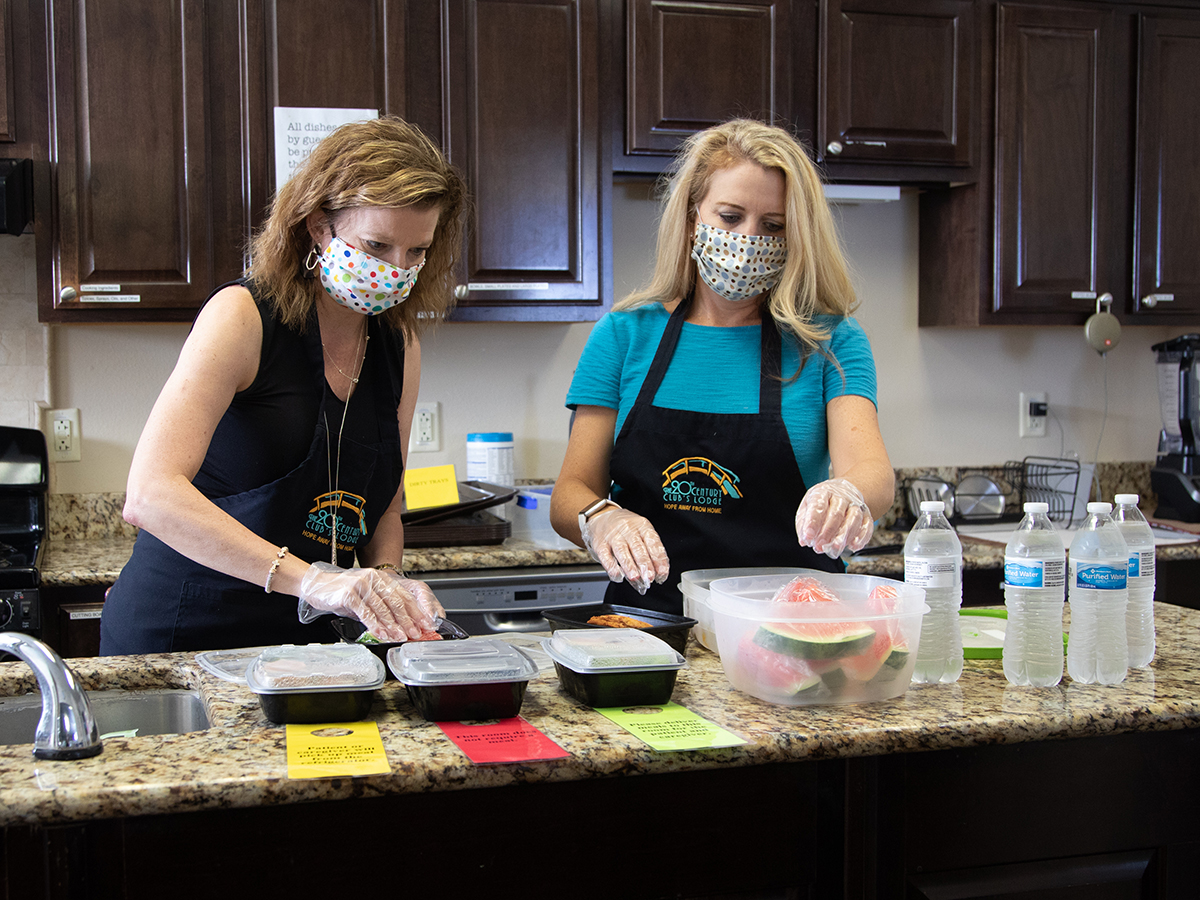 Cancer doesn’t stop for COVID, and so the 20th Century Club, a nonprofit providing free housing to cancer patients traveling to Little Rock for treatment, didn’t stop providing services, including meals, during the pandemic.

“It never occurred to us that a challenge would be to actually be around the patients that we serve, because that’s what we’ve always done,” said Elizabeth Clogston, executive director of the nonprofit. “We cook for them. We eat with them. We fellowship with them. That’s part of what we’re providing that you can’t put a monetary value on.” And when the pandemic came, “we couldn’t do that.”

The 20th Century Club adapted, changing how it operates based on Centers for Disease Control and state Health Department guidelines. It limited access to its 20th Century Club’s Lodge, where patients are housed, and bought to-go meals from local restaurants, which was also a way of supporting those businesses. It worked to continue to serve patients, who are already immunocompromised, in “the safest way possible.”

“There was never a thought that we would close,” Clogston said. “That was never an option for us.”

The 20th Century Club has continued to adapt, and though meals are once again home-cooked, they are delivered to patient rooms by masked and gloved volunteers. And bingo night has returned, but participants wear masks.

The nonprofit’s average patient stay is 42 nights, Clogston said. That’s 42 nights during which a patient doesn’t have to pay for housing and meals, a huge expense and burden for people already facing an enormous challenge. “We’re the Ronald McDonald House for grownups,” she said as a shorthand way of describing the 20th Century Club’s mission.

The 20th Century Club serves about 1,200 patients annually and has averaged annual growth of 7.35% during the past three years.

“We’re very fortunate. We have strong community support,” Clogston said. “What we do is important to the economic development of Little Rock because our medical community is such a large employer.”