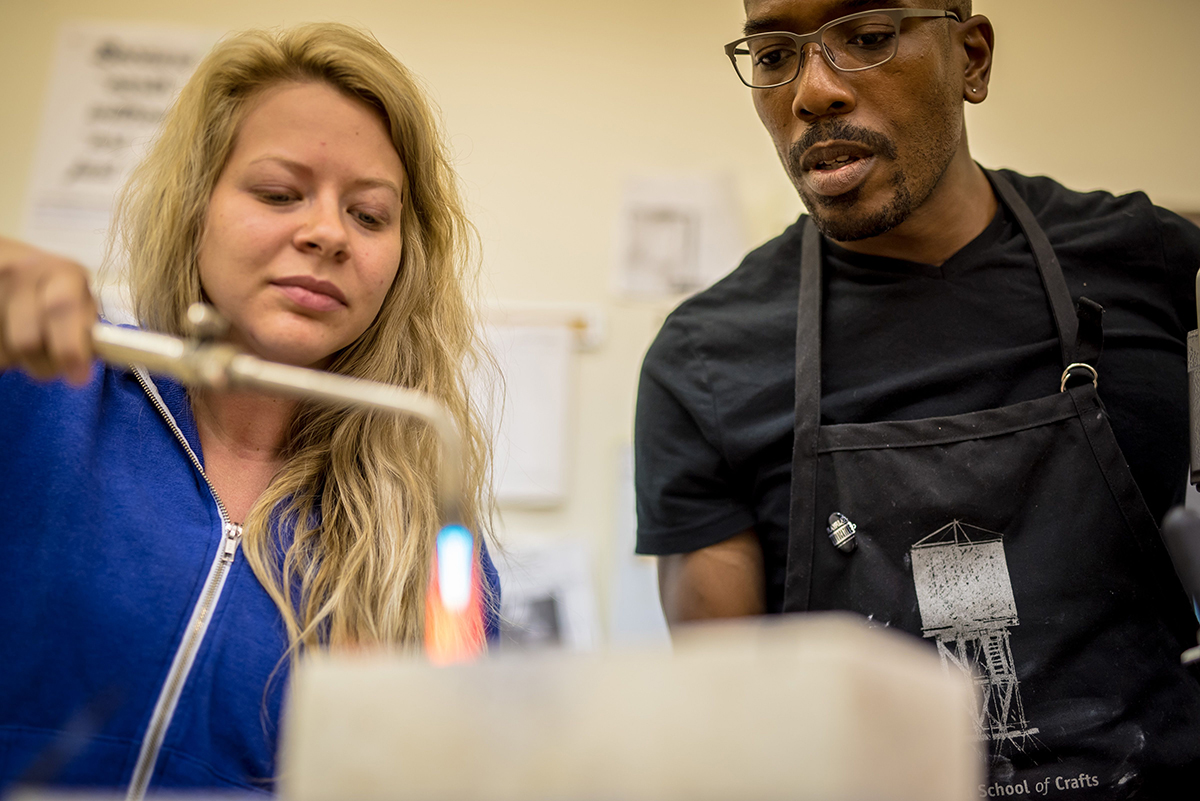 The same can be said of the foundation, a nonprofit that advocates for the importance of the arts in the development of students across Arkansas. It was named for Leopoulos’ sister, Thea Kay Leopoulos, who died in a car accident in 2001 at 17. Thea, and her performance in school, had begun to flourish with her involvement in arts programming.

The foundation achieves its work through three programs: Thea Scholarships, an arts-based scholarship program for high school seniors; Thea’s Art Closet, which provides supplies and creative materials to teachers for creative and arts projects; and Thea’s Arts Reconstruction, a program that partners with institutions like the University of Arkansas at Little Rock and the Savannah College of Art & Design in Atlanta and Savannah, Georgia, to provide professional development to teachers during the summer, along with the supplies necessary for the educators to implement their new skills or programming.

This year, Leopoulos said, he’s particularly excited that the scholarship program, which is endowed and whose endowment has prospered, has been able to increase its payout from $100,000 to $220,000. To date, about 470 students have received almost $2.6 million in scholarships.

Like almost all other nonprofits during the COVID-19 pandemic, the foundation has worked to figure out “what fundraising model really works,” Leopoulos said. Seeking to be responsible, the Thea Foundation “put it out there that the work that we do in the community and the realm of education is important enough to fund without necessarily having a physical event for people to attend, and the community has absolutely responded to that.”

One of the Thea Foundation’s biggest achievements during the last couple of years has been to move to a digital platform because of the pandemic, Leopoulos said, allowing, for example, students competing for scholarships to present their works online. The nonprofit “changed every element of our programming, from the professional development side of our Arts Reconstruction to the scholarship competition execution,” he said. “All of that turned into a digital landscape.”