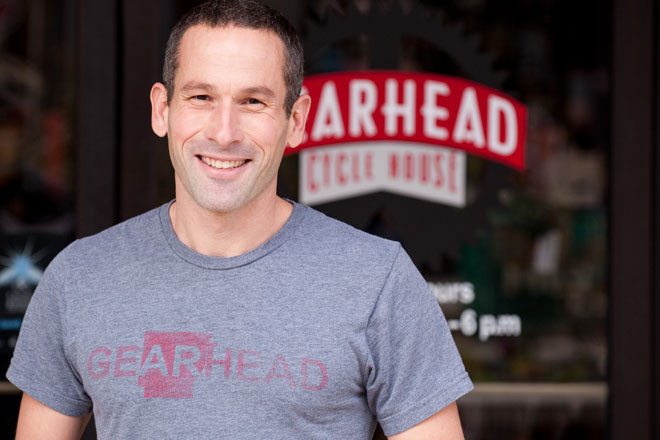 Growing up in Jonesboro, Ted Herget had no interest in owning his own business. The 41-year-old recalls watching his dad, who owned his own company, lose sleep stressing about his firm. “As a kid I thought, ‘Why would anybody put themselves through this?’”

Herget was set to be an accountant and even had a job lined up at a firm in Little Rock when the opportunity arose to launch Gearhead Outfitters Inc., an outdoor lifestyle store, in Jonesboro in 1997.

While taking classes at Arkansas State University for an accounting degree, Herget worked at a store that sold outdoor equipment but closed because of poor management. “The need was there,” he said. “There was no one fulfilling it.”

So Herget stepped in. He had kept in touch with some of the former sales representatives, and they advised him on what to do to open a store.

He declined the accounting job to “take a stab at this thing,” he said. “I haven’t looked back.” Gearhead Outfitters has been growing ever since.

Herget said his wife, Amanda, helped the store expand and has been his biggest supporter.

Gearhead sells gear and apparel for “active and healthy lifestyles,” according to its website, and offers items such as running shoes and backpacks.

It has about 70 employees and seven locations, with its eighth opening in April in Fayetteville. And still another store could open by the end of the year, but a location hasn’t been determined.

Herget said his management philosophy is “always being honest” and to try to provide customers with the best service.

“The only thing that’s going to differentiate us really is trying to give people a good experience,” he said. “And do you want to come back?”

Even after 18 years as the owner of a small business, Herget still enjoys it. “I love the challenges,” Herget said. “Now that I’m in it, I don’t sleep.”