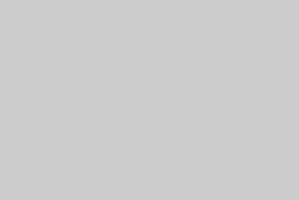 Abraham Carpenter Jr. credits the success of Carpenter Produce of Grady to his parents and the company's greens, which he said are second to none.

"Dad's not a scholar, you know, but he's got a Ph.D. in common sense," Carpenter said. "He knew how to keep his family together."

Abraham Carpenter Sr. worked at a lumber mill while his wife, Katie, started selling produce off the family's acre at a farmer's market near Grady.

"She went to making more money in one day than my dad was making all week in his job," Abraham Carpenter Jr., 38, said. "He figured if she could make in one day what he did in one week, he was in the wrong job. So he quit and started growing produce full time."

That was 1969. Abraham Sr. and Katie started off with a Volkswagen, graduated to a pickup, then a bog truck, and then an 18-wheeler.

In 1994, Carpenter, his father and three brothers formed a partnership to run the company.

Today, Carpenter Produce operates more than 1,000 acres and three 18-wheelers. It employs 15 family members full time, 12 part-time family members, and up to 30 additional laborers during the peak of the season. It opened a retail store in Little Rock eight years ago and in Pine Bluff six years ago.

"We've been selling at the River Market [in Little Rock] since our inception. We've become a permanent fixture there," said Abraham Jr.

Part of what drives the business' success is the strong personal relationships cultivated over the years.

"All my customers are my friends," Carpenter said. "Our clients look to us for greens, sweet potatoes" and 35-40 other varieties of produce, he said.

"I'm very appreciative for our customers because they've really been faithful customers, black and white alike," he said.

Although he doesn't have the company's net income down to the penny yet, Abraham Carpenter Jr. said last year's labor cost was $400,000-$500,000 on revenue of more than $1 million.

"I should show a little profit," he said.