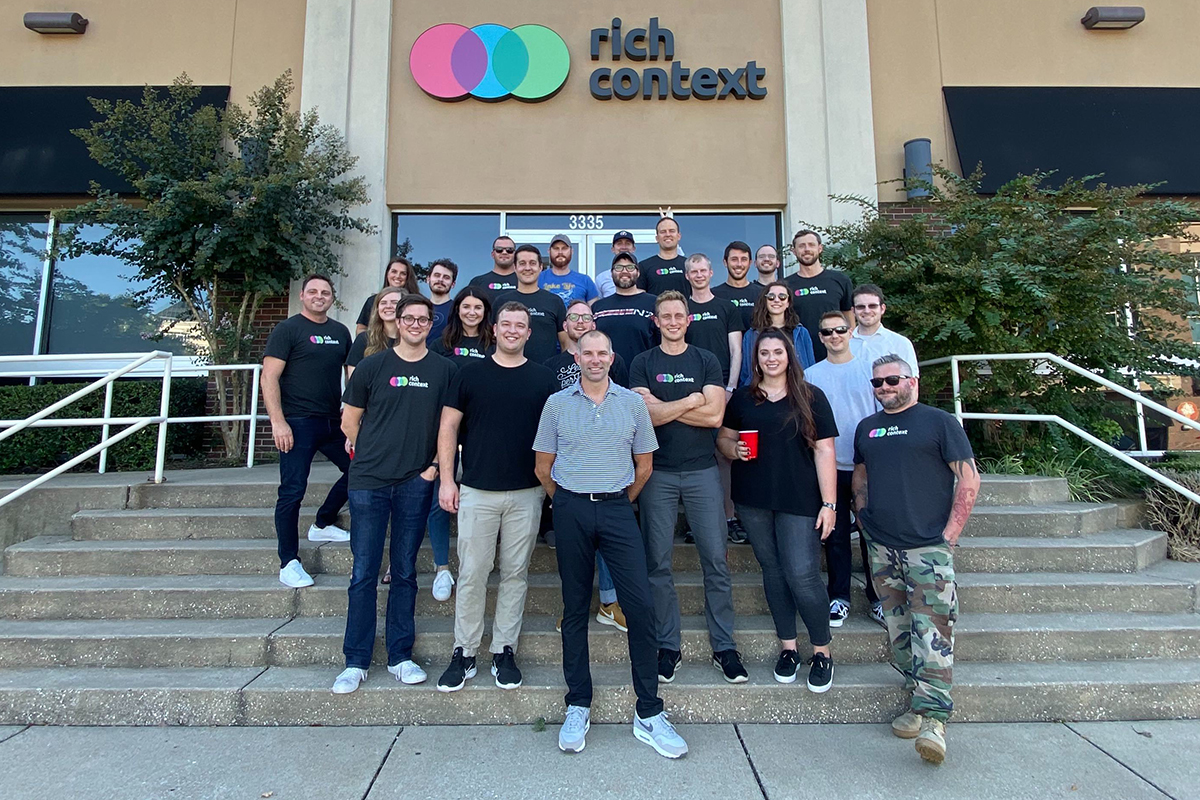 In late October, the Rogers company was acquired by The Stable of Minneapolis. In May, the firm launched a new product called Hyphen.

Hyphen is a digital platform that allows all digital retail media — Pinterest, Instagram, TikTok, etc. — to direct online shoppers to where they can purchase products tied to specific brand promotions. “That’s been a core driver of new client growth and business growth throughout [2020],” Courtney said. “We’ve really given brands more control as they sell products to retailers like Walmart, Target, Kroger, etc. Ultimately, the progress there and the larger body of work we’re doing around being a connected content partner at Walmart really became a catalyst for interest and then, ultimately, the acquisition by The Stable.”

On what sets RichContext apart from its competitors, Courtney cited its ability to attract and retain “some of the best talent that not only this state has to offer, but even growing a team that’s remote.” The firm has employees working from San Francisco, Denver and Chicago, and will hire more in Arkansas. RichContext also does everything in-house, he said.

The firm has approximately 30 employees. As it integrates into The Stable, it will have access to about 200, and some of its current employees are already being promoted to larger roles within the post-merger company, Courtney said.

Though the firm will continue operating from Rogers and servicing current clients, the merger will accelerate its growth by giving it access to more resources, brands and retailers, he said.

In the future, expect RichContext to continue its retailer integration work, building new products and developing technologies, Courtney said. “We’ve been successful by staying on the front end of how shoppers engage with products and convert across digital channels, and our remit in the new organization is to keep doing the same thing,” he said.