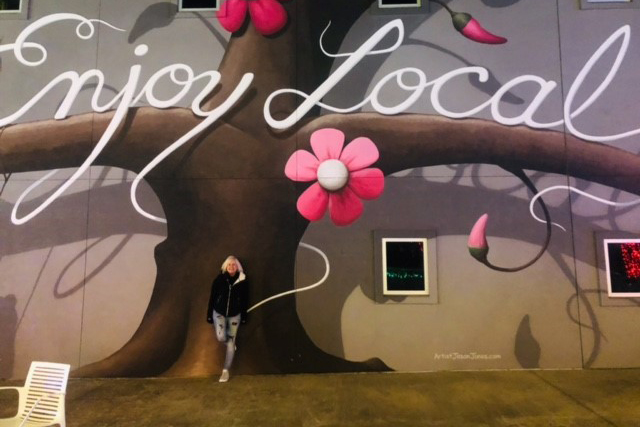 The Shops at BrickCity
Category I (1-30 Employees)
Fort Smith

Sara Adams had seen too many people sink their life savings into starting a small business only to have the business crash within a year or two.

Twenty years ago, Adams had seen an episode of “The Oprah Winfrey Show” on which Winfrey had friends and colleagues sell and trade goods in tents she set up in her backyard. The idea percolated in Adams’ mind and led to her founding The Shops at BrickCity, a 20,000-SF shopping center in Fort Smith with approximately 130 small businesses under one roof.

BrickCity has been such a success, Adams said, that she has expansion plans for other communities in northwest Arkansas. “We have seen businesses relocate and reduce overhead by 60% and triple sales in the first year,” Adams said. “We have had a lot of growth. It has been a lot of trial and error because we are the pioneers of this business model type.”

Adams said BrickCity’s tenants are more than 90% woman-owned businesses. BrickCity helps its partners by collecting and paying sales taxes and property taxes and offering services such as operational support and event planning. “We have really homed in on empowering women in business,” Adams said. “Most women dream of owning their own business. We have so many women that have been able to fulfill their dream.”

“We are a shopping center full of small businesses,” Adams said. “It is a community of entrepreneurs that all have the same goal of growing and supporting other local businesses. They’re not on their own trying to drive traffic and build brand recognition.”

BrickCity used to have more businesses under its roof, but as existing businesses grew they began to take up larger spaces. Adams said there is a waiting list for openings in 2021. “We feel strong about 2021,” Adams said. “Businesses are looking for better options for their future growth.”